On 12 October 2014 a plaque was unveiled to Matilda Knowles, the renowned natural scientist, at the Botanic Gardens, Dublin.

Born in Cullybackey, Co Antrim, Knowles was the authority on Irish lichens, identifying hundreds of species across the country, and even discovering several species “new to science”.

Matilda Knowles, born 150 years ago in 1864, discovered several new species of lichens, and was the first to realise that lichens by the seashore grow in distinct tidal zones.

Knowles worked for 30 years on Ireland’s national collection of dried plants – the ‘herbarium’ – then at the National Museum in Dublin. For the last decade of her life, she was curator in all but name – given only the lowly job title of “assistant”. The new plaque at last commemorating her life and legacy, is appropriately at the herbarium, now located at the National Botanic Gardens in Glasnevin, and was unveiled today on Saturday, October 12, 2014 by botanist and broadcaster Éanna ní Lamhna.

Matilda Knowles was one of Ireland’s foremost botanists, according to the director of the National Botanic Gardens, Dr Matthew Jebb. “She collected and studied and managed the herbarium, and was effectively the curator, which was very unusual for a woman at the time, and a testament to her skill and knowledge as a botanist.” Knowles began studying the lichens of Ireland around 1903, encouraged by the great Irish naturalist Robert Lloyd Praeger. She went on to become the acknowledged expert on Irish lichens, and in 1929 published the definitive guide to Irish lichens, a 255-page catalogue of over 800 species, including some 100 ‘new to Ireland’ and several species that were ‘new to science’ which she had discovered. It was while studying the lichens of Howth that she discovered how lichens by the shore grow in distinct tidal zones, that can be distinguished by their colour: black, orange and grey.

The new plaque is the latest in a series organised by WITS (the Women in Technology and Science network) and the National Committee for Science and Engineering Commemorative Plaques (NCSECP).

Dr Marion Palmer, WITS chairperson (2014), said “it is so important to acknowledge the critical role played by women such as Matilda Knowles. So often their work went unnoticed and unacknowledged at the time, it’s right that we honour them now.” The chair of the NCSECP, Dr Norman McMillan, said that the committee is “delighted to celebrate this extraordinary woman in the 150th year of her birth, and at the herbarium, which she played such a key part in creating”. Matilda Knowles was born in Ballymena in 1864, moving to Dublin around 1900. She began work in the National Museum around 1903, and was eventually appointed to the position of “non-pensionable assistant”. From 1923 until her death in 1933 she was effectively the curator of the herbarium. Knowles died of pneumonia shortly before she was due to retire, and is buried in Deansgrange. 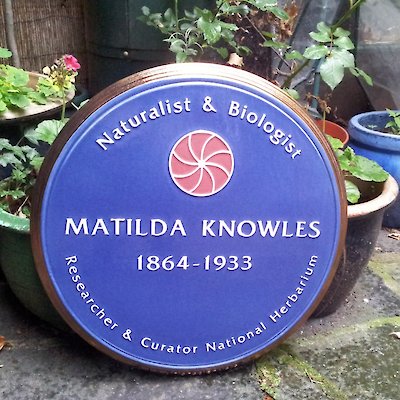 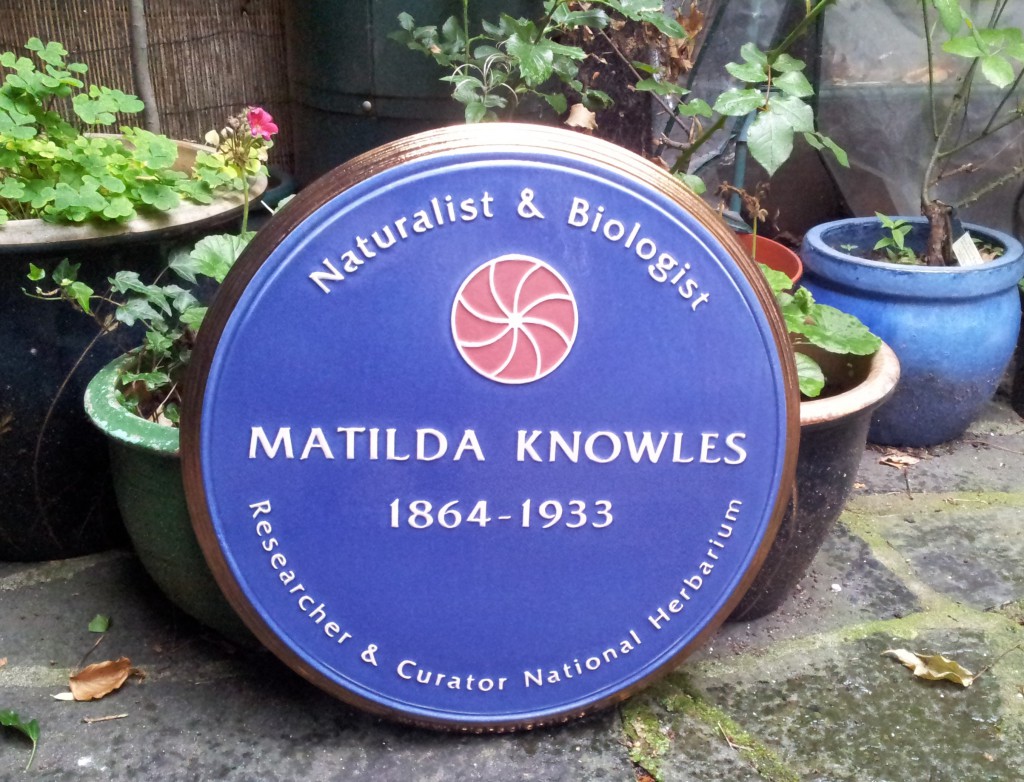 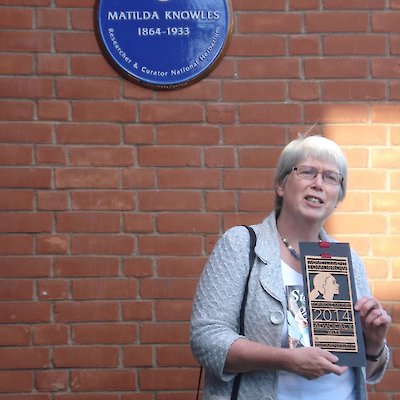 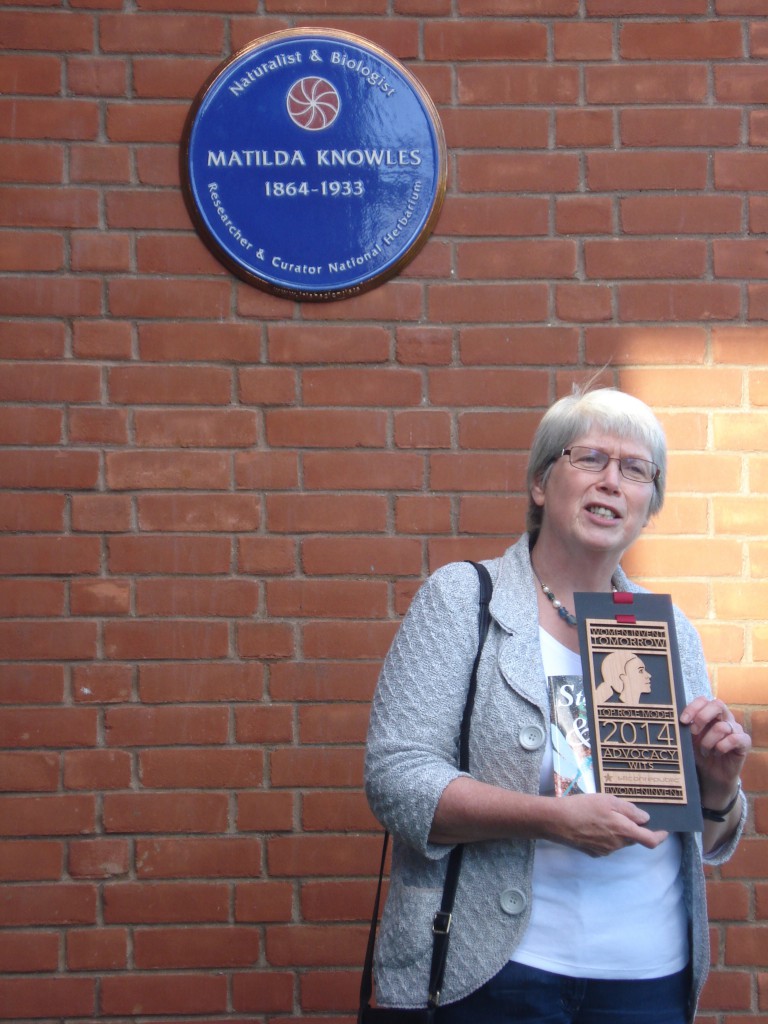 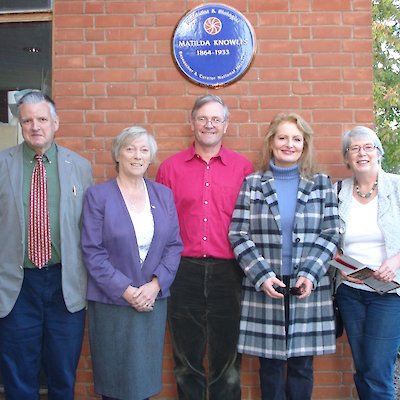 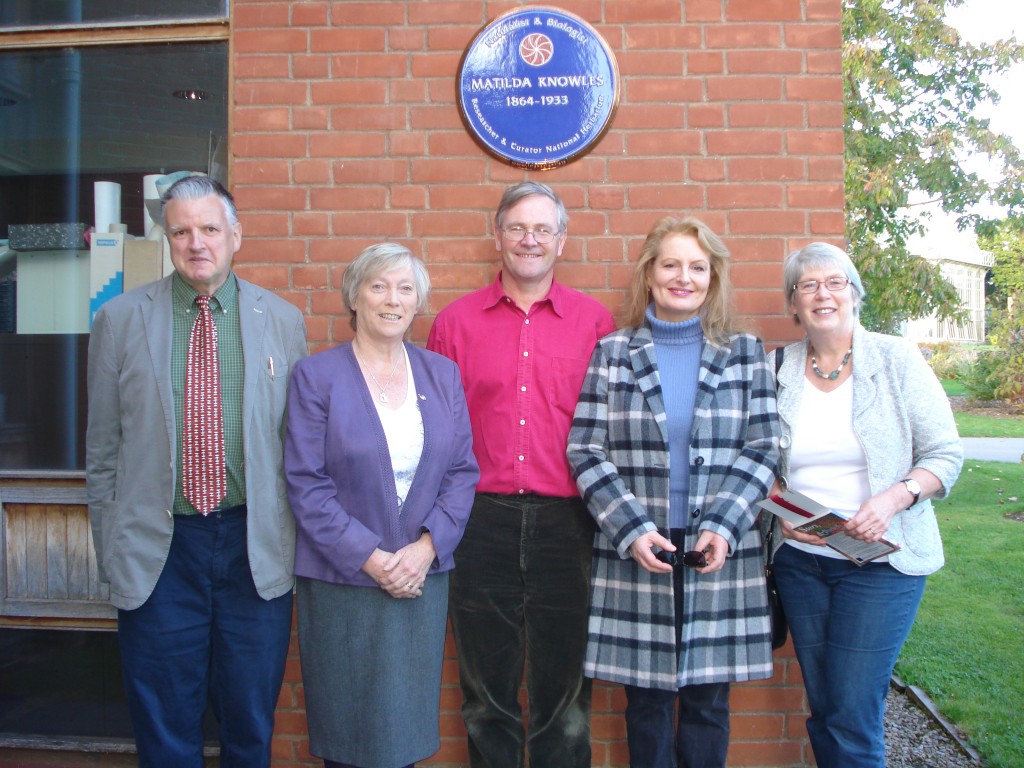 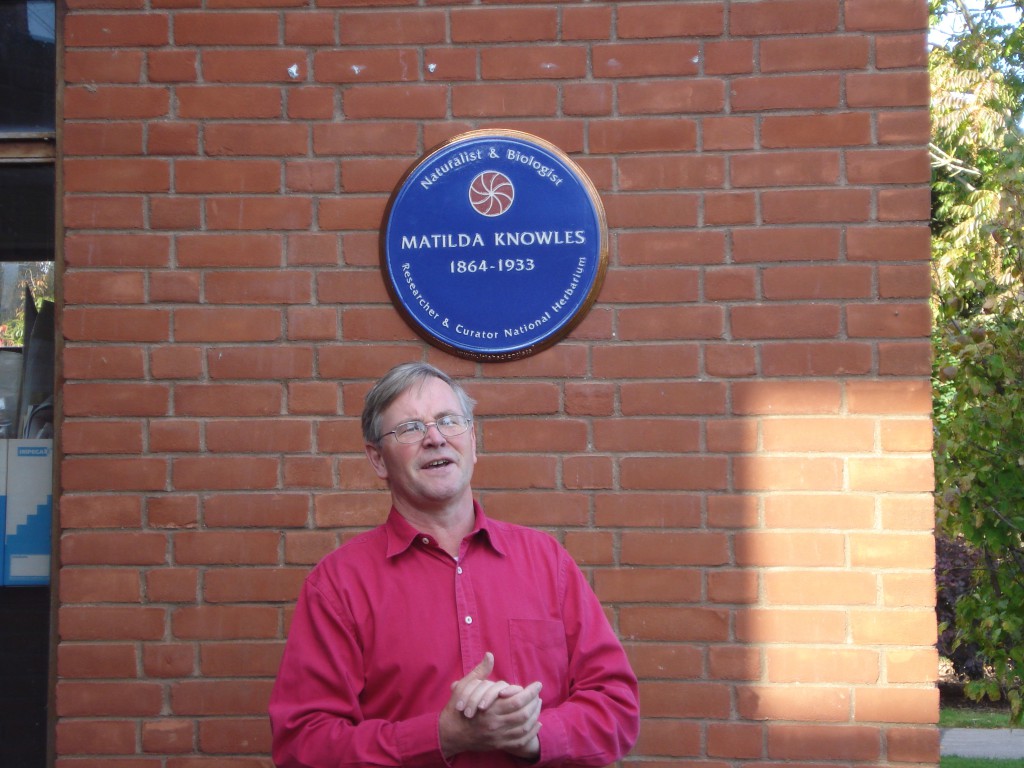