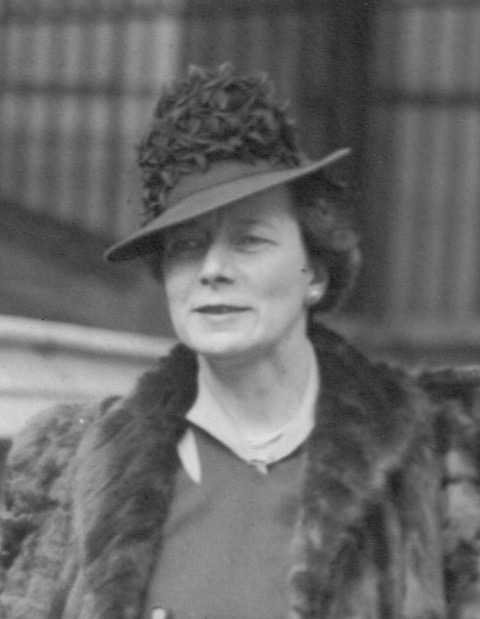 When do you think the information services industry began? Most people might guess 1950s, 1960s maybe, certainly post-war. But my great aunt Dora Metcalf established an information services business in Belfast in 1924. At the time, office machinery was booming – telephones, typewriters and calculating machines were spreading rapidly through government departments and industry in the US and Europe. Machines were for sale or rent but nobody had thought of providing calculating services. My great aunt, Dora Greene, had been selling Comptometers (American made mechanical abacuses) since 1916. She had learned that most businessmen and department managers lacked the vision and mathematical skills to understand how to make full use of these new inventions. She was a mathematician and an entrepreneur and saw the potential for providing services rather than hardware.

Dora Metcalf (née Greene, 1892-1982) was born in Madras (now Chennai), India. Her father, George Percy Greene from Wicklow, was Superintendent of the Madras Survey, a senior position in the Indian colonial administration. His father had been an engineer on the Vartry reservoir scheme and died after falling off a wall at Glendalough, home of the Barton family. Dora’s mother was from Cookstown in County Tyrone. Dora’s father died when she was 8 and the family then returned to England. 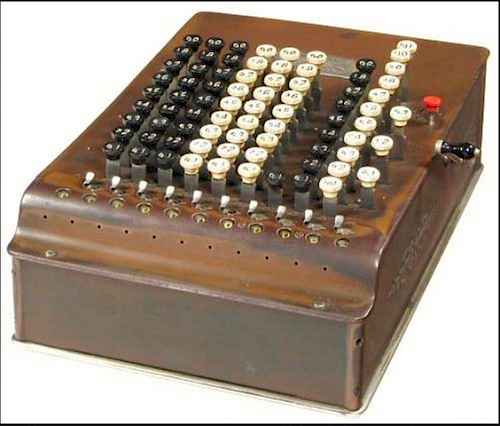 She was educated at Bedford High School and took an external degree with London University, gaining her BA in Mathematics when she was 19. After her fiancé, Hugh Cass, was killed at Gallipoli she found herself to be one of two million ‘surplus women’ with little prospect of finding a husband. Her response was to start a career in computing in 1916, selling Comptometers (a Comptometer Model F is shown left) in Belfast and in revolutionary Ireland.

Dora founded her own business, Calculating And Statistical Services, in 1924, winning the contract to analyse the delayed Northern Irish census of 1926. This high profile contract effectively advertised her skills and led to rapid growth for her business. She opened a Dublin office in 1929 and worked on the Shannon Hydroelectric scheme, calculating costs for the extension of the transmission lines. She created an international market for information services using Comptometers and tabulators, her biggest client being the Irish Hospitals Sweepstake, founded in 1930. Her skills at managing sweepstakes were noted by the Roman International Charities, resulting in Dora having a private audience with Pope Pius XI in 1933. Her Irish clients included the Electricity Supply Board, Great Southern Railways and Harland & Wolff. She opened a London office in 1932.

In 1934 she joined British Tabulating Machines (BTM, co-founded by her cousin, Everard Greene) and founded the Service Bureaux Division, while continuing to run her flourishing Irish business. BTM was very hardware driven and suspicious of this ‘feminine’ concept, but the company soon learned to enjoy the profits it generated. They refused Dora the title of Divisional Director, in spite of her work in that role. Dora married Naval officer John Metcalf in 1935. 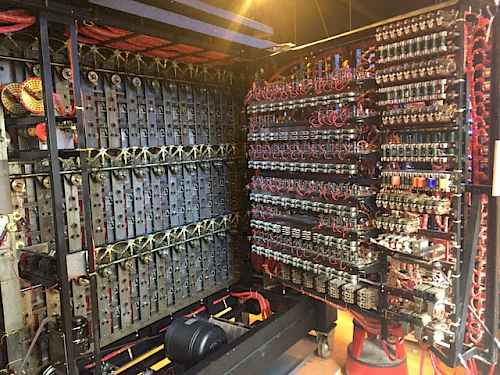 During the Second World War BTM supplied the bombe machines to the Bletchley Park codebreakers. Dora managed the contract but was struck down with ill health and had to drop this work at the end of 1942. Post-war she assisted Dr Dorothy Stopford-Price by analysing the data from the Irish BCG vaccination programme. Dora’s company introduced the first electronic computer into Ireland in 1957.

Dora loved fishing for salmon and trout, visiting Ireland, Scotland and Norway to enjoy the sport in the peace and tranquillity of the wilderness. She and John retired from London to Swordland Lodge on Loch Morar in the Scottish Highlands, where they lived from 1962 until 1970. They lived the rest of their days in Otley, Yorkshire.

Many thanks to Mary Monro, Dora Metcalf’s great niece for this fascinating post and the images. You can find out more about Dora Metcalf at https://dorapower.co.uk.