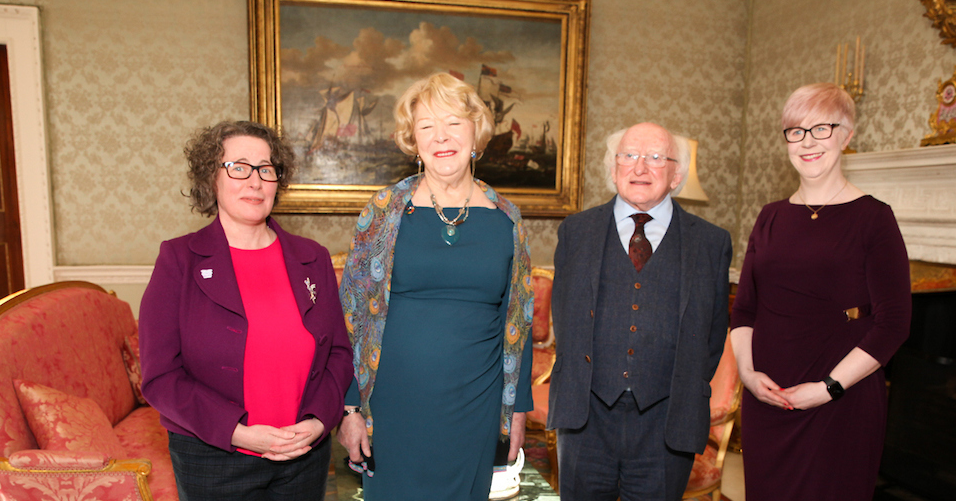 WITS representatives Julie Hogan (Chair) and Anne-Marie Flaherty (Vice Chair) were honoured to attend a reception hosted by President and WITS patron Michael D. Higgins and his wife Sabina. Taking place at Aras an Uachtaráin on Friday March 6th 2020, the event brought together representatives from all spheres of Irish society,

Julie and I were delighted to speak with many of these amazing women, including members of Macra na Feirme, the Irish Council for Civil Liberties and former Ireland rugby stars Nora Stapleton and Lynne Cantwell. Nora and Lynne now work for Sport Ireland to increase and improve women’s participation in sport, in Ireland. We spoke about some of the parallels between underfunding and underrepresentation of women in STEM and women in sport and how there are many similarities in attitude in both areas.

President Higgins addressed guests in the State Reception Room, focusing on the 2020 theme of “Each for Equal”. The event also marked the 25th anniversary of the Beijing Declaration and Platform for Action, a wide ranging strategic plan for the achievement of women’s rights in countries and regions across the world. He spoke of how the Beijing Declaration “brought strong political resolve and focus to the issue of gender equality”, bringing together women’s equality activists from across the globe

He spoke of the increase in the numbers of women in paid work around the globe, but noted that there are still very obvious pay discrepancies in many areas with women more likely also to work on a part time basis and in what are considered more feminised roles such as clerical, office and care work. Women also carry most of the burden for unpaid work in society and domestically, as carers and home makers. Gender based violence against women and girls still remains a serious issue in spite of inceased protection under law in many regions.

President Higgins gave special mention to Lavinia Kerwick, who was in attendance, he praised her courage, as a woman who spoke out, sharing her difficult story, often at great personal cost, in order to change minds and policies with the hope of creating a better society for their fellow citizens. “Lavinia chose to plant those important seeds of change in a space of hurt, vulnerability and isolation, in order that change might take place, that something strong and enduring might grow and flourish”.

From a WITS perspective the following resonated strongly with me, “Despite advances in educational attainment, we have yet to fully break down traditional and stereotypical career expectations for girls and boys, and support unbiased subject and career choices. Women remain significantly underrepresented in STEM-based careers, which are not only important drivers of Ireland’s innovation, sustainability and competitiveness, but will also shape the industries and work of the future”.

2020 also marks 25 years since the adoption of the United Nations Sustainable Development Goals, of which Goal 5 calls on nations to “achieve gender equality and empower all women and girls”. The president emphasised that this highlights that “gender equality as both an objective in itself and a requirement for achieving all of the development goals”.

It’s clear that there have been many improvements for women’s equality in the 25 years since the Beijing Declaration and the adoption of the UN’s Sustainable Development Goals however, from the examples within the President’s speech it is clear that there is still much work to do.

The very talented Sibheal Ni Chasaide performed a number of songs for guests, including her spectacular version of “Mná na h-Éireann”.

Finally the President’s dog Bród made an appearance much to the delight of everyone present, as we all scrambled for photographs and video of one of the most famous dogs in Ireland.

It was a fantastic few hours spent in the company of so many wonderful women, celebrating and acknowledging the many contributions made and continuously being made to Irish society. There was an abundance of support and positivity at the reception and it really was wonderful to see the ease with which everyone came together to recognise the amazing women of Ireland and strengthen the resolve to continue to work to achieve gender equality.

Sincere thanks to President Higgins and Sabina Higgins for their invitation and making us feel so welcome.

Read the full speech transcript and watch the video of speech. 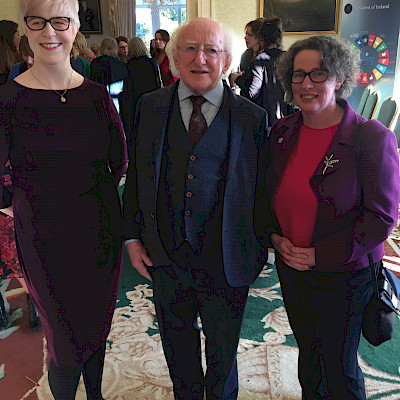 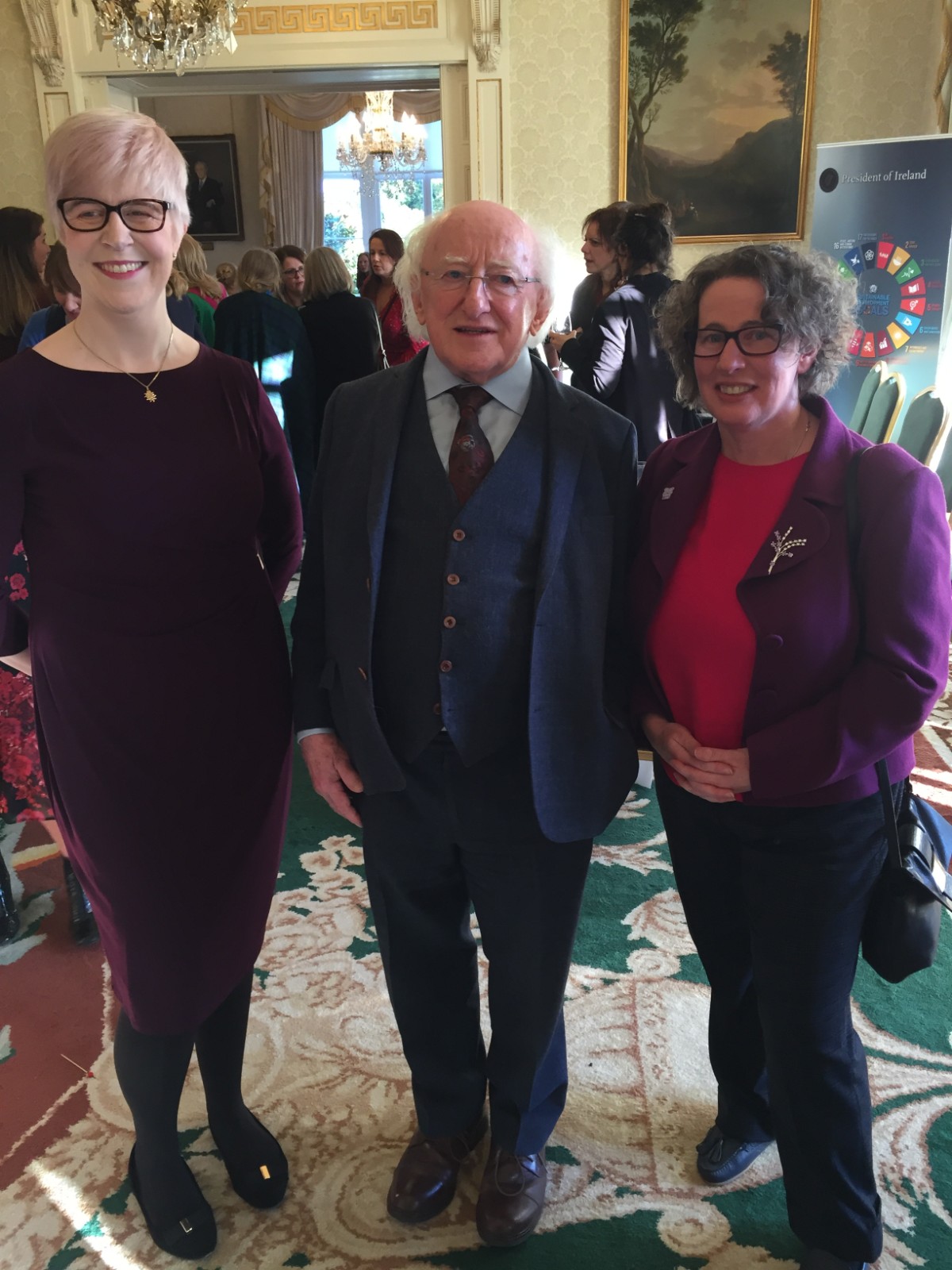 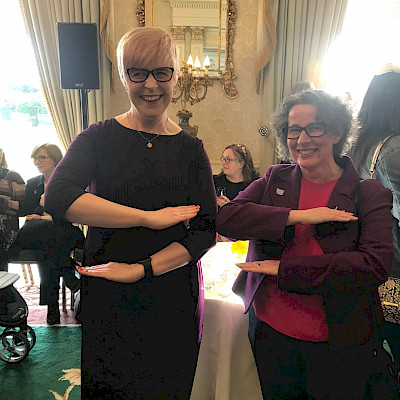 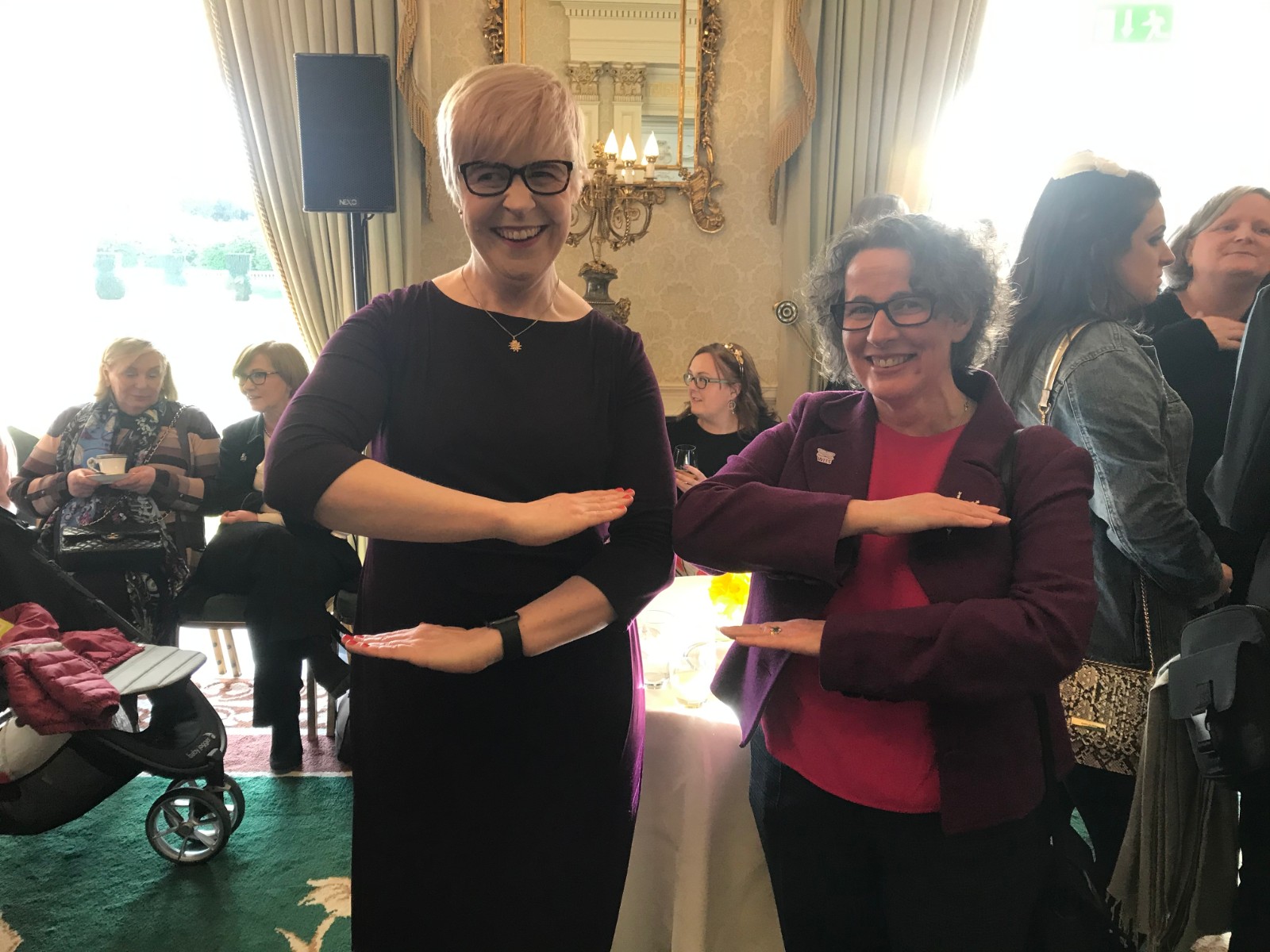 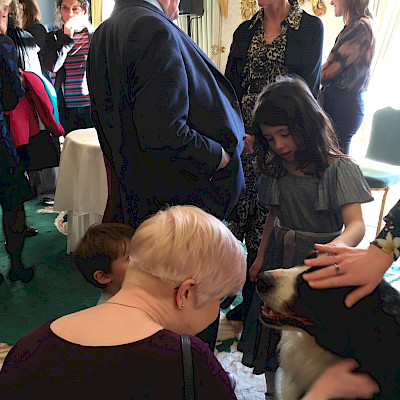 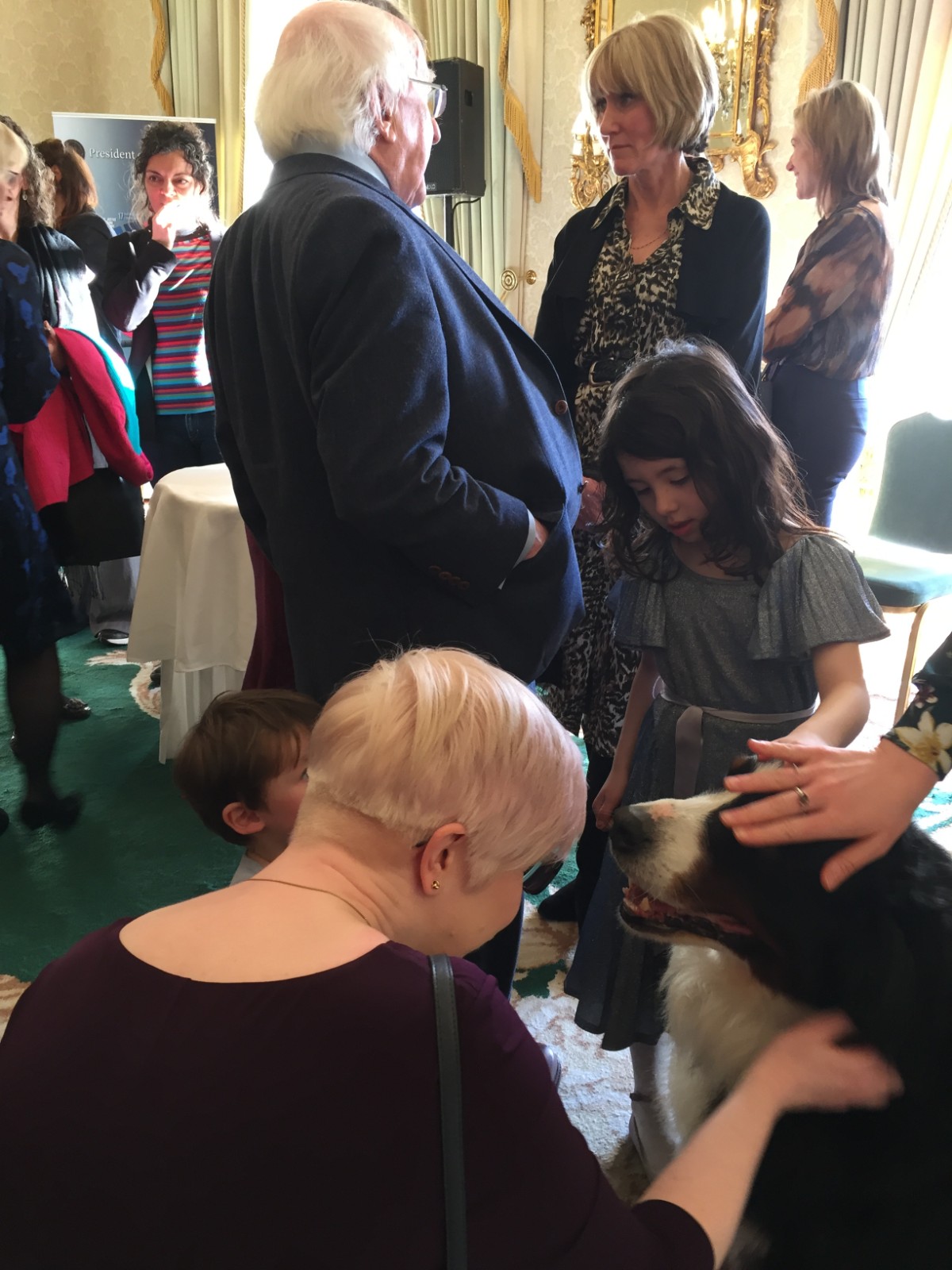