My Journey from WITS Student Member to WITS Executive Member 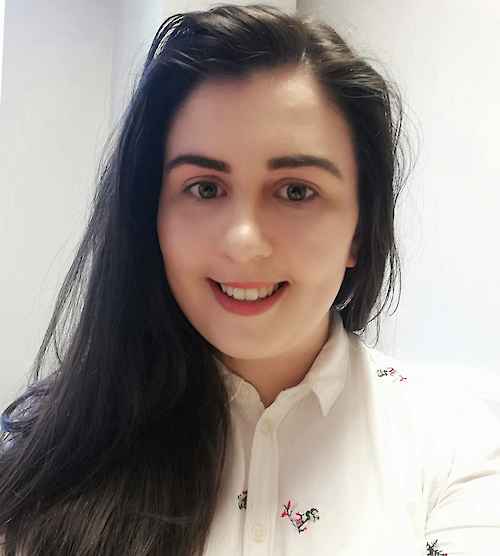 Sinéad Carroll joined WITS as a student, graduated, is working and a WITS Executive member. Here's her story.

I first came across WITS in the second year of my science degree in University College Dublin. I had received an email from the school office notifying students of a relevant free membership available for students, so being at the stage of my life where the word ‘free’ elicited an immediate response, I signed up as a WITS member. It was something that certainly interested me, but being in the female-dominated field of biology, gender equality in STEM wasn’t something that I was particularly tuned into.

The first WITS event I attended was in UCD shortly after I signed up, and admittedly I went along due to the promise of free pizza. There were a few speakers from different areas, and also a visiting speaker from Australia who talked about how her career path had been very winding and not necessarily aligned to her studies, and how this was totally ok – which was very relieving as a science student who didn’t want to work in a lab! A WITS executive member also spoke at the event and gave us all a better overview of what WITS did, so that really piqued my interest. Interesting and inspiring women, and free (and rather fancy) pizza – I was definitely glad I’d gone along!

After that first event, I tried to attend any of the other WITS events that came through UCD, and found them to be great networking opportunities, as well as an eye-opening look at all the different paths I could go down. Marion, who was the chair of WITS at the time, remembered me from my first event and made me feel very welcome, and encouraged me to stay involved. I even got invited along to an event in the Australian embassy about a fantastic scholarship opportunity, where again I met some fascinating people from all fields. This was especially useful in my last year of college, when I had the daunting task of working out what I wanted to do with my life.

After I graduated, I started on a small graduate programme in data analytics. I was one of ten graduates hired, and the only woman, so when it came time to renew my WITS membership (this time to a full, grown-up, non-student membership) I saw it as an opportunity to make connections with more women in my field. After renewing, Marion reached out to me personally (even though I hadn’t seen her in quite a while) and asked if I’d like to get even more involved, and would I consider running for a position on the executive committee! At first I was very flattered, but also a little hesitant as to the commitment involved. She reassured me that it was very manageable, and so I decided to go for it. At the AGM in December 2018, I was accepted as an exec, and I’ve gotten stuck in since!

Since the start of 2019, I’ve gotten to assist in the planning of some fantastic events such as our Healthcare & STEM Careers Forums and International Women’s’ Day celebrations, and in some exciting collaborations we’ve had with the Australian Embassy and UCD Women in Computer Science. We’ve also received many invitations to events held by everyone from Intel to the President of Ireland, and partnered with the Women in Technology conference in Dublin. We’ve made policy submissions around the theme of gender equality in the work place, and shared amazing career opportunities with our members through our newsletter and social media channels. In fact, we received a request from Accenture, who is one of our corporate members, to let our members know about a late call they had to recruit graduates in the technology area of their business. I decided that I would also apply for this, and later got the job and am now loving my role as a Technology Analyst. In my first two months I got the chance to travel to both India and Florida, and I have to thank WITS for bringing this opening to my attention, as otherwise I may not have known about it!

In short, my time with WITS has been a whirlwind of meeting great people, getting involved and (hopefully) inspiring other women in STEM.