"Childcare remains the single most significant barrier to women’s equal participation in all aspects of society, including employment."

The National Women’s Council of Ireland has made a pre-budget submissions on behalf of its members, including WITS, one a general submission and the second a detailed submission to the Department of Employment and Social Protection. The submissions focus on violence against women, economic vulnerability, housing and health. 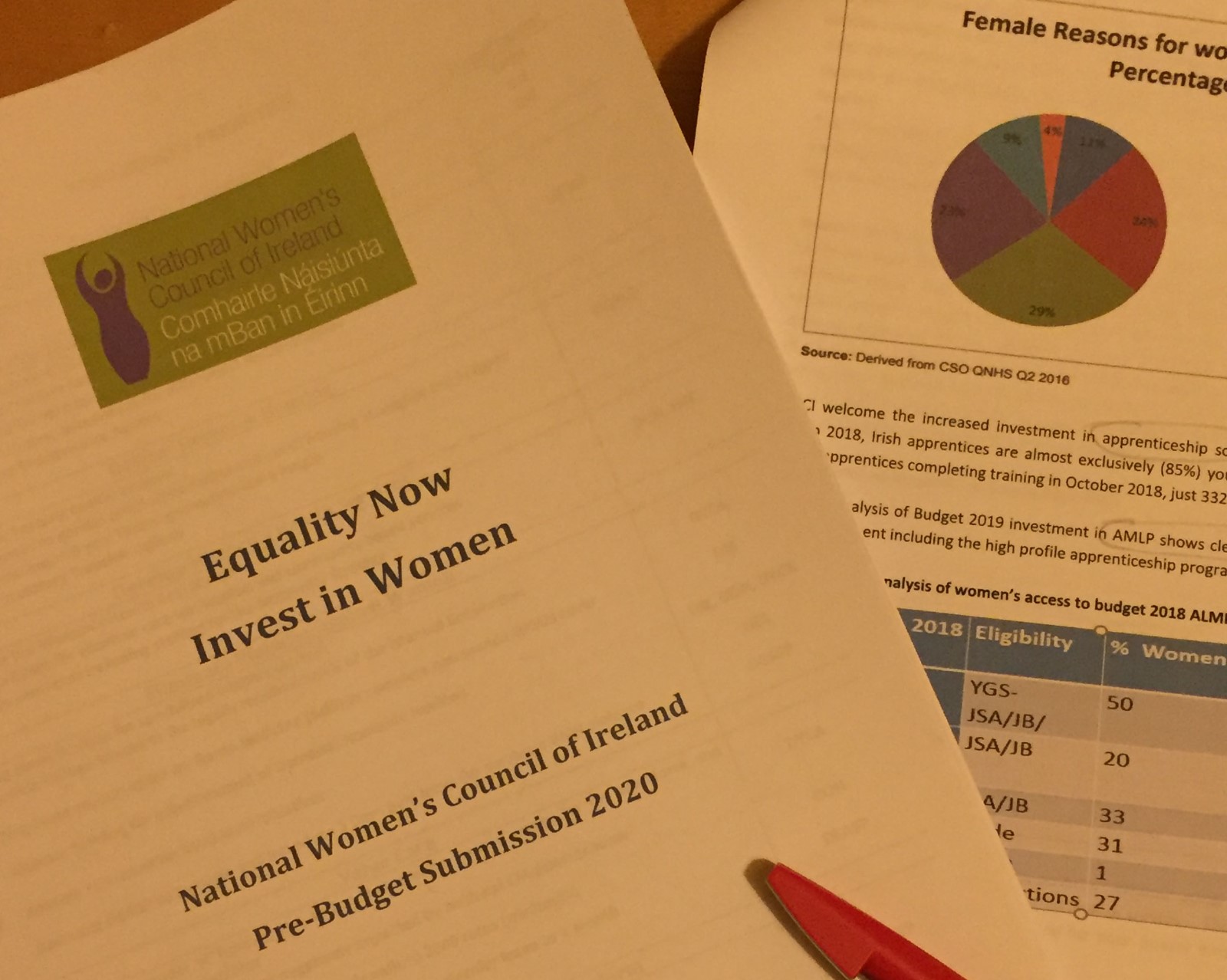 Reading them with STEM-coloured glasses with the WITS Action Manifesto in mind, a few things jump out. The budget submission calls for “at least a 2:1 split between public spending increases and tax reductions, particularly as women predominate in low paid, part-time jobs”. It calls for a Gender Equality Impact Statement to be published alongside the budget to test for undesired impacts on women.

Lone parents are more likely to be women and far more likely to experience in-work poverty so are the focus of recommendations on social welfare payments and supports in returning to work or study. As childcare “remains the single most significant barrier to women’s equal participation in all aspects of society, including employment”, it recommends increasing investment in this sector while ensuring proper wages for childcare workers. While welcoming the introduction and extension of parental, paternity and carers’ leave, the NWCI calls for their extension to 4 months’ paid parental leave, 1 month of paid paternity leave and 6 paid days’ of paid carers’ leave.

In education, the NWCI followed WITS’ recommendation to ringfence funding for the 45 planned additional gender-specific professorships to address the fact that only 1% of full professorships are held by women. It also welcomes the funding for third-level initiatives on Ending Sexual violence and Harassment in third level Education (ESHTE).

The Department of Employment Affairs and Social Protection submission also points out that despite women’s lower participation in the workforce, the majority of spending on active labour market policies like the Rural Social Scheme, JobsPlus, Springboard and apprenticeships goes to men. And “majority” here means anything between 67% and 99%. While the numbers of women doing apprenticeships have increased over the past few years, only 2% of 2018’s crop of apprentices were women.

"Public spending on education in Ireland as a percentage of GDP has been dropping since 2008."

WITS made a number of other suggestions that didn’t make the final cut. According to Eurostat, Ireland's public spending on education as a % of GDP was the third lowest of the EU28 countries reporting data (3.77% vs 5.02% in 2015), and according to the World Bank this percentage has been falling since 2008.

So we would call for a reversal of this trend, with funding directed at:

- improving access to and uptake of gender-segregated subjects for girls at second level, where e.g. 5 boys study Leaving Certificate physics for every 2 girls

- campaigns to recruit more physics and other pSTEM teachers

STEM jobs tend to be better paid than more female-dominated sectors, and without closing the gender gap in STEM it’s unlikely that the gender pay gap will be closed.

In the workplace, the leaky pipeline in STEM affects digital skills (amongst other things) of workforce. In research conducted in 2012 in Scotland, women working in STEM jobs were found to be 50% more likely to drop out of STEM jobs than men. The Department of Education and Skills and SOLAS are working on attracting women into STEM careers but it is just as important to keep them there. We would like to see an action group setup and funded to target the leaky pipeline in STEM.