President's Reception for Women in the Sciences on International Women's Day

Julie Hogan, Dr Marie Barrett and Dr Rebecca O'Neill were delighted to be invited to represent WITS at the President's reception for Women in the Sciences on International Women's Day. 150 women from third level institutions, research bodies, government organisations, voluntary organisations, charitable foundations and support groups were there to network, celebrate and catch up with each other, including honorary WITS member Dr Jane Grimson and current WITS member Dr Aoibhinn ní Shúilleabháin. And with the President's dogs, who generated the most excitement when they appeared. 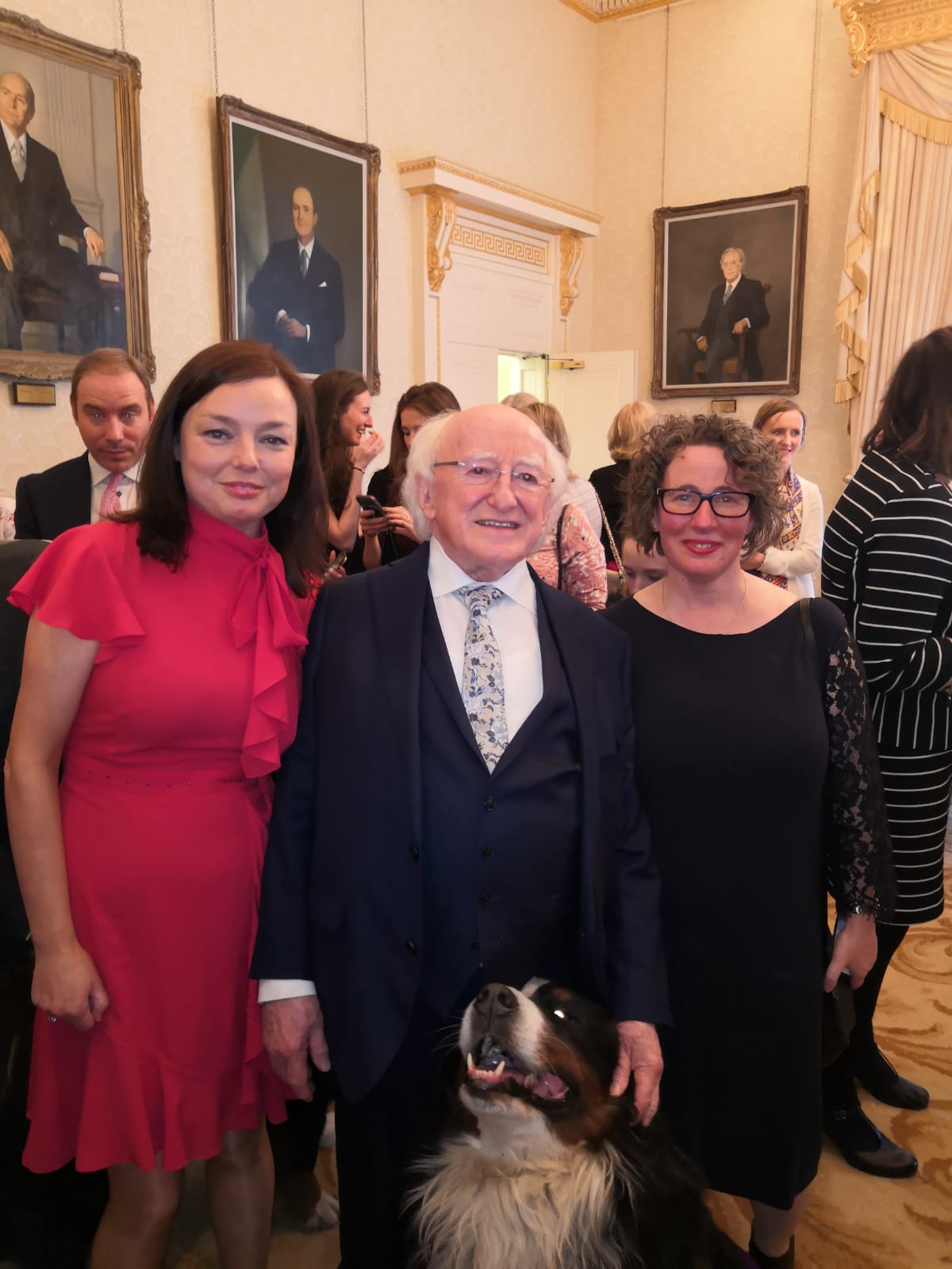 The President spoke about how gender inequality doesn't just leave "society being denied the intellectual contribution of so many intelligent and innovative women" but also "the benefit of considering gender in research, of how such consideration can lead to better and safer outcomes and products across a wide range of fields". On the Gender Equality Action Plan for Higher Education Institutions, he reminded us that "There are many factors that are related to the underrepresentation of women in academia and research. These include the way work is defined, how it is structured, gender discrimination, lack of informal support systems for women, the prevalence of academic networking opportunities for men, the unfair impact of maternity leave on female academics and the limited child care options that are often available and that continue to be viewed as chiefly a female problem." The full text of his speech is available here.

Dr Ruth Freeman, SFI's Director of Science for Society, in reply spoke first about returning to work from maternity leave, with her five year old daughter telling her "I'll miss you too, but you have to go back to work. Science is important.". She took up the theme of how science can meet the challenges of society but we need to have a democratic conversation about those challenges. The group most disconnected from science are girls from less economically advantaged backgrounds. Role models are critically important so women in science have a responsibility to be visible, to show them and other minority groups that you can make it, and to leave the doors wide open as we march through the corridors of power.

The moon landing of 1969 was the inspiration for Dr Niamh Shaw, artist in residence at Blackrock Observatory, who travels the country igniting curiosity in students by sharing her passion. You might like to see a short film of the event here and the President’s speech (audio, video and text) is here.

Great to catch up with WITS executive committee member, Aoibhinn, and the youngest attendee at the reception by a portrait of WITS' first patron, Mary Robinson. Senator Alice-Mary Higgins managed to dodge the photographs by being behind the camera while our hostess Sabina Higgins kindly agreed to pose. 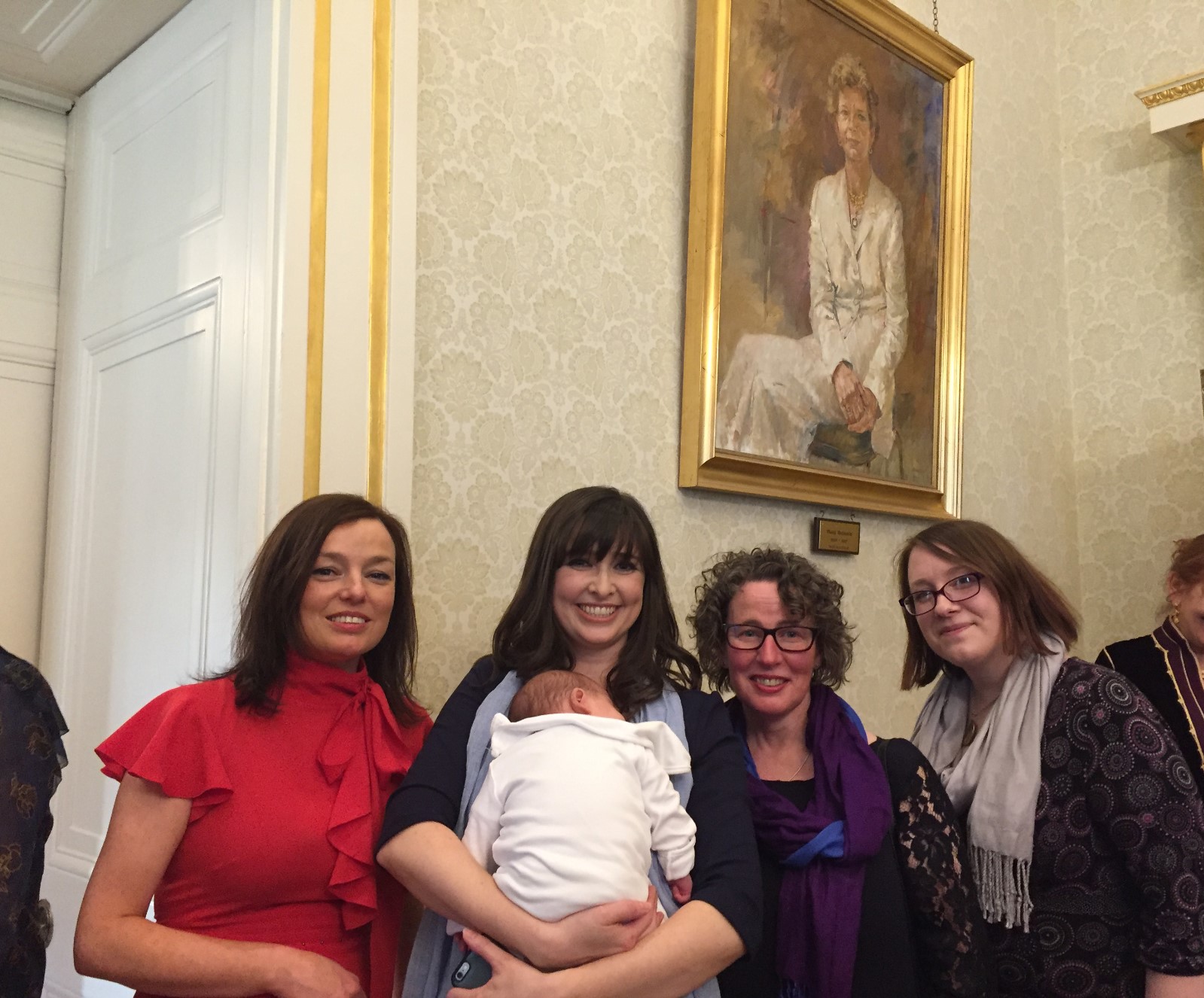 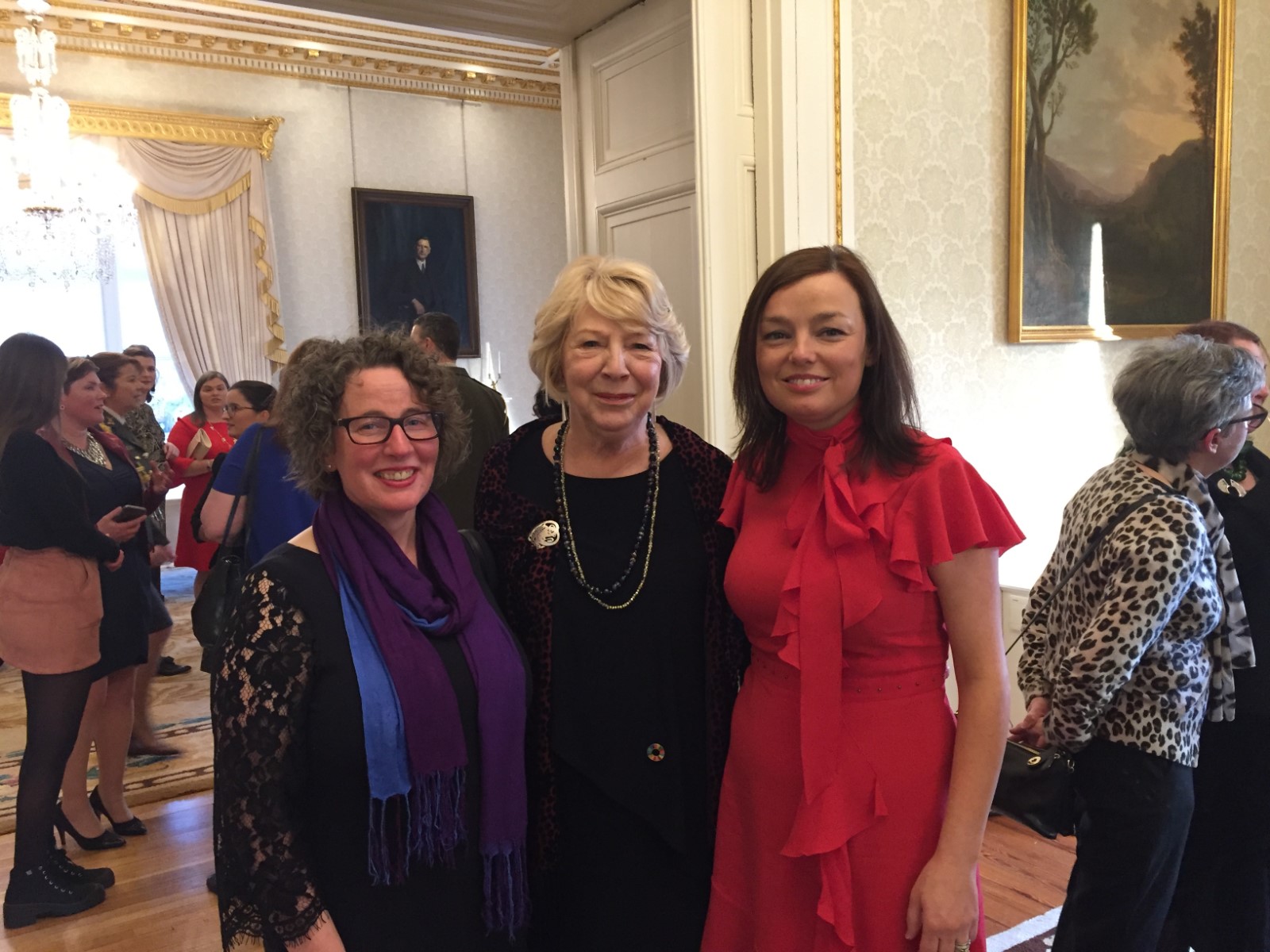 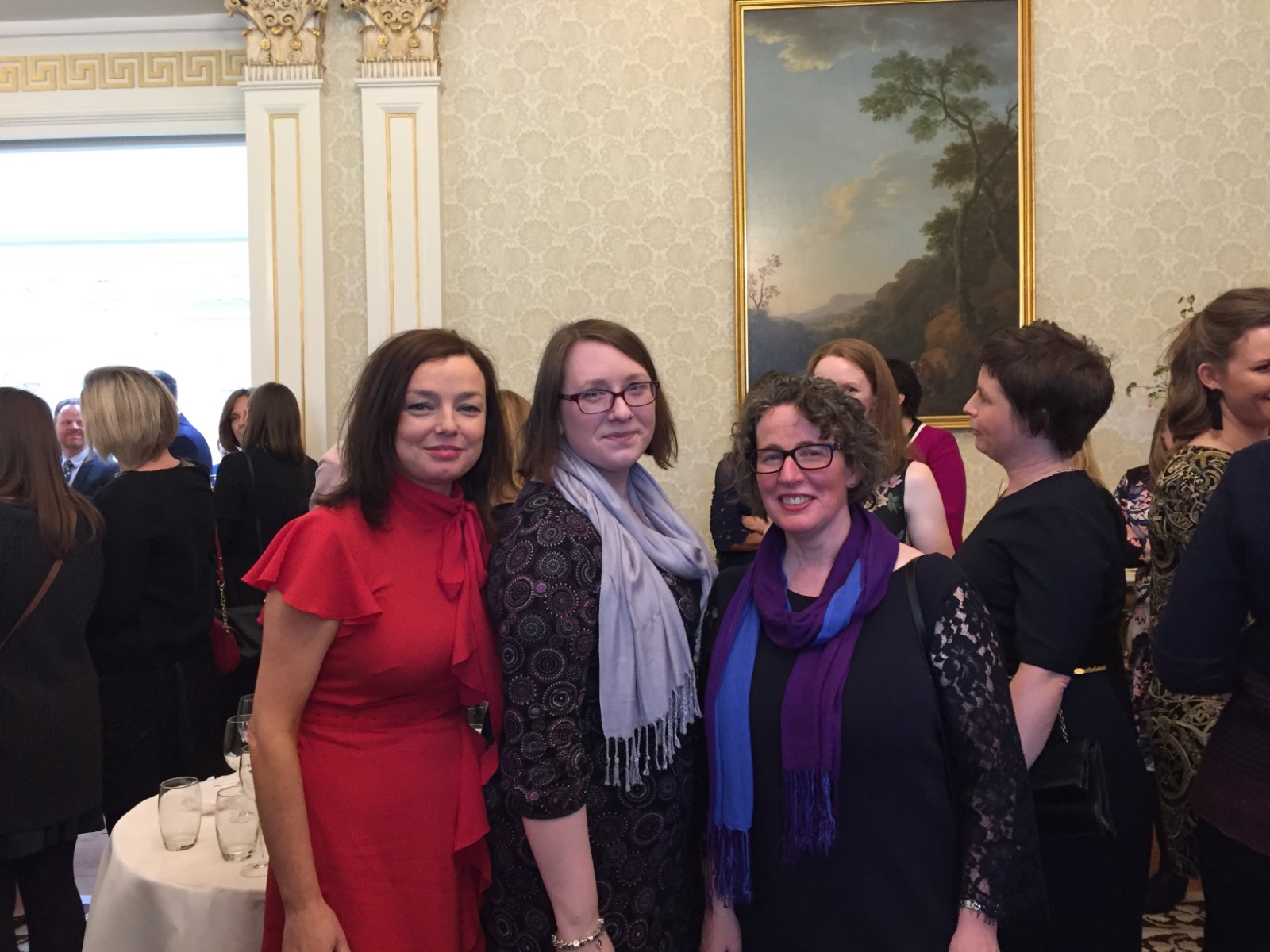