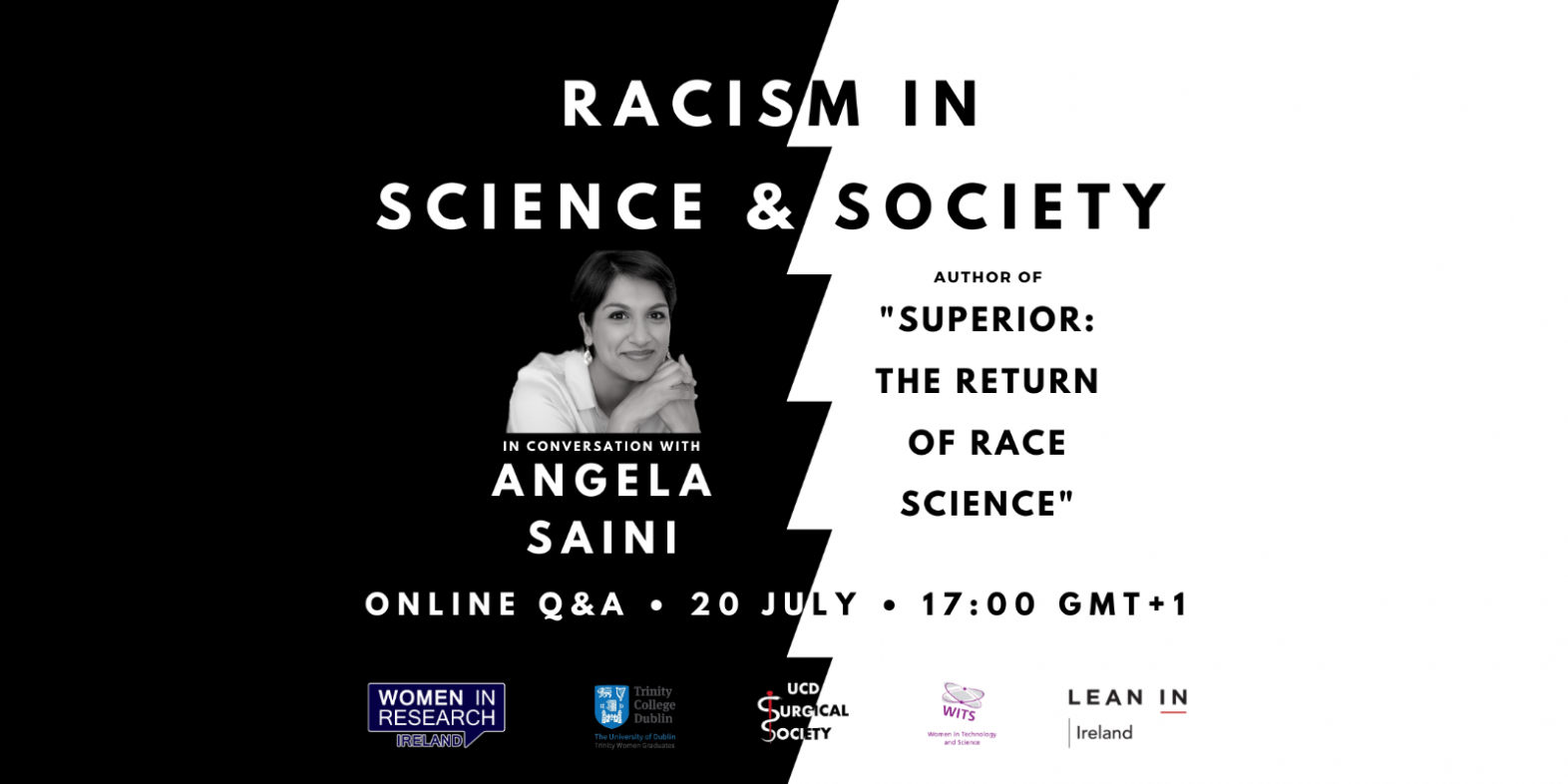 Racism in Science and Society: in conversation with Angela Saini

Thank you to everyone who attended this event, there were lots of wonderful questions and unfortunately not enough time to get to all of them! Angela discussed the origins of race science and eugenics, race vs. human variation, and how racism biases science, medicine and academia. It was an excellent opportunity to discuss this topic further with Angela, following her successful and very informative book “Superior: the return of race science”. Following on the success of this event we hope to collaborate with Women in Research Ireland, UCD Surgical Society, Lean in Ireland and Trinity Women’s Graduates again in the future. Perhaps even to have another event with Angela given how much interest there was in this one! Thank you again to all that participated, and please remember to donate to hopenothate.org.uk.

Angela Saini is an award-winning science journalist, author and broadcaster, who holds Masters degrees in Engineering from The University of Oxford, and in Science and Security from King's College London. She is author of the books 'Geek Nation: How Indian science is taking over the world', 'Inferior: How science got women wrong' and 'Superior: The return of race science'. She presents radio and television programmes for the BBC, and her writing has appeared across the world, including in New Scientist, Prospect, The Sunday Times, Wired, and National Geographic.

In this event we will discuss racism in science, medicine, and academia, and how that impacts our society as a whole, following which we invite you to join in an open virtual Q&A session. This fascinating and much-needed conversation will examine the origins of racism and race science, how these out-dated ideologies pervade into modern day society, and how the reinforced myth of a racial hierarchy has benefited those in power of the day. This event is organised in collaboration with Women in Research Ireland, Lean in Ireland, the UCD Surgical Society, and Trinity Women's Graduates. Register on Eventbrite for your place, and please donate if you can to Angela's chosen charity, www.hopenothate.org.uk. The HOPE not hate campaign was founded in 2004 to provide a positive antidote to the politics of hate.