Madeline Tveite, a third year physics student at Trinity College Dublin did a internship at the Royal Marsden Physics Department in Chelsea, London. Here is her story of the summer:

This summer, between the third and fourth years of my Physics degree, I have undertaken an internship at the Royal Marsden NHS Trust in Chelsea. The placement has provided me with insight into a field which has interested me for the past few years. The Royal Marsden is a specialist cancer treatment hospital with dedicated units for all cancer types, and advanced technology and equipment. During my weeks in London, I have observed and participated in a range of tasks encountered on a daily basis by the Department’s physicists.

One such task is quality control (QC) of the hospital’s medical equipment. For example, every week QC is carried out on one of the hospital’s four linear accelerators (linacs). Through participating in linac QC (including beam profile and output measurements, jaw tests, mechanical and optical isocentre tests, and electron- and photon cross calibrations, to mention some) I have picked up some knowledge on the fundamentals: how a linac works and what its different components are, the purpose of using ionization chambers and how these are calibrated, the importance of using phantoms, how patients are imaged during treatment, and so on. Being allowed to drive the linac to irradiate phantoms with MV energy beams as a part of this is one of the many highlights of my placement.

Treatment planning, as I have learned, is another important part of a medical physicist’s job at the Royal Marsden. Through demonstrations and my own attempts, I have learned the very basics of creating a treatment plan for breast and prostate radiotherapy. This includes navigating the treatment planning software and extracting relevant information on the tumour and surrounding anatomy from CT scans. Being able to spend time with radiographers, observing patients having scans in the CT scanner for planning purposes, as well as patients having treatment on the linacs, allowed me to connect the dots between the background work done by physicists and the treatment received by patients.

Another highlight of my internship was observing low-dose prostate brachytherapy in the operating theatre. This surgical procedure, in which radioactive seeds are implanted into the prostate, requires a team of three physicists to be present during the surgery and is an example of how cooperating with staff across several medical professions is an important part of a medical physicists’ job. Although I mostly spent my internship in radiotherapy, I was also given some insight into other areas of medical physics, such as radiation protection, diagnostic radiology, MRI and nuclear medicine.

Alongside the practical and clinical experiences, I spent my time doing project work. My project was concerned with the movement of fiducials (small gold seeds implanted into or around a tumour, acting as a surrogate for the tumour) during the treatment of metastatic liver cancer. Fiducials in the liver may pose a problem during treatment due to the fact that, inevitably, as the patients breathes, they move. While the treatment system tracks the patient’s breathing and adapts the treatment during delivery for movements below certain tolerance levels, problems are encountered when the fiducials’ movements exceed these limits beyond which corrections are not possible. The inability of the system to correct for fiducial movement during a patient’s treatment may not be discovered until the first treatment day because, under current practices, the movement of fiducials is not quantified during treatment planning.

My project looked specifically at the rotational movement of fiducials. I started off by analysing 4DCT scans (multiple images recorded over time, thus showing the different phases in a patient’s breathing cycle), quantifying fiducial rotations between their positions at maximum inhale and exhale. With the help of my supervisor I subsequently wrote a small computer programme which aims to predict the rotations of the fiducials between the two phases, and whether these are likely to exceed the tolerances of the tracking system, based on the initial 4DCT scan taken prior to treatment. Put differently, it is hoped that the programme may serve as an indicator of whether or not treatment with fiducial rotation tracking is likely to be a possible treatment method for a patient; and, if it is estimated that fiducial rotation tracking will not be supported, rule it out before time and effort goes into planning this exact method of treatment. I was excited to hear that my programme was tested out on a patient in my final week, hopefully with more to follow!

Summarising everything I learned at the hospital in such a brief report is an impossible task. Ultimately, however, my time at the Royal Marsden has allowed me to gain useful experiences and skills, all whilst thoroughly enjoying every day at work in such an inspiring and friendly environment. I was already interested in medical physics prior to my placement but, thanks to having gained a better understanding of the role of a medical physicist, I am now quite certain I would like to try my best to enter the field.

In the gallery: the Royal Marsden Hospital, Madeline beside of the linacs during quality control, Madeline Tveite and her supervisor David King.

WITS is happy to sponsor students in their STEM journey as well as groups who need funding for events promoting equality and opportunity in STEM. For more details or to apply for sponsorship, contact treasurer@witsireland.com 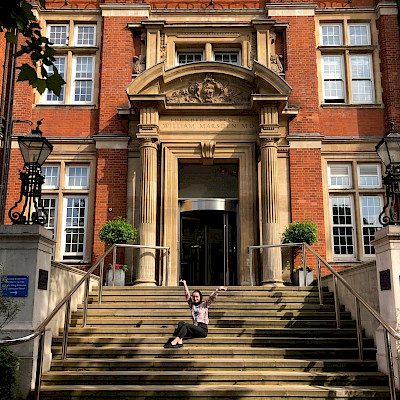 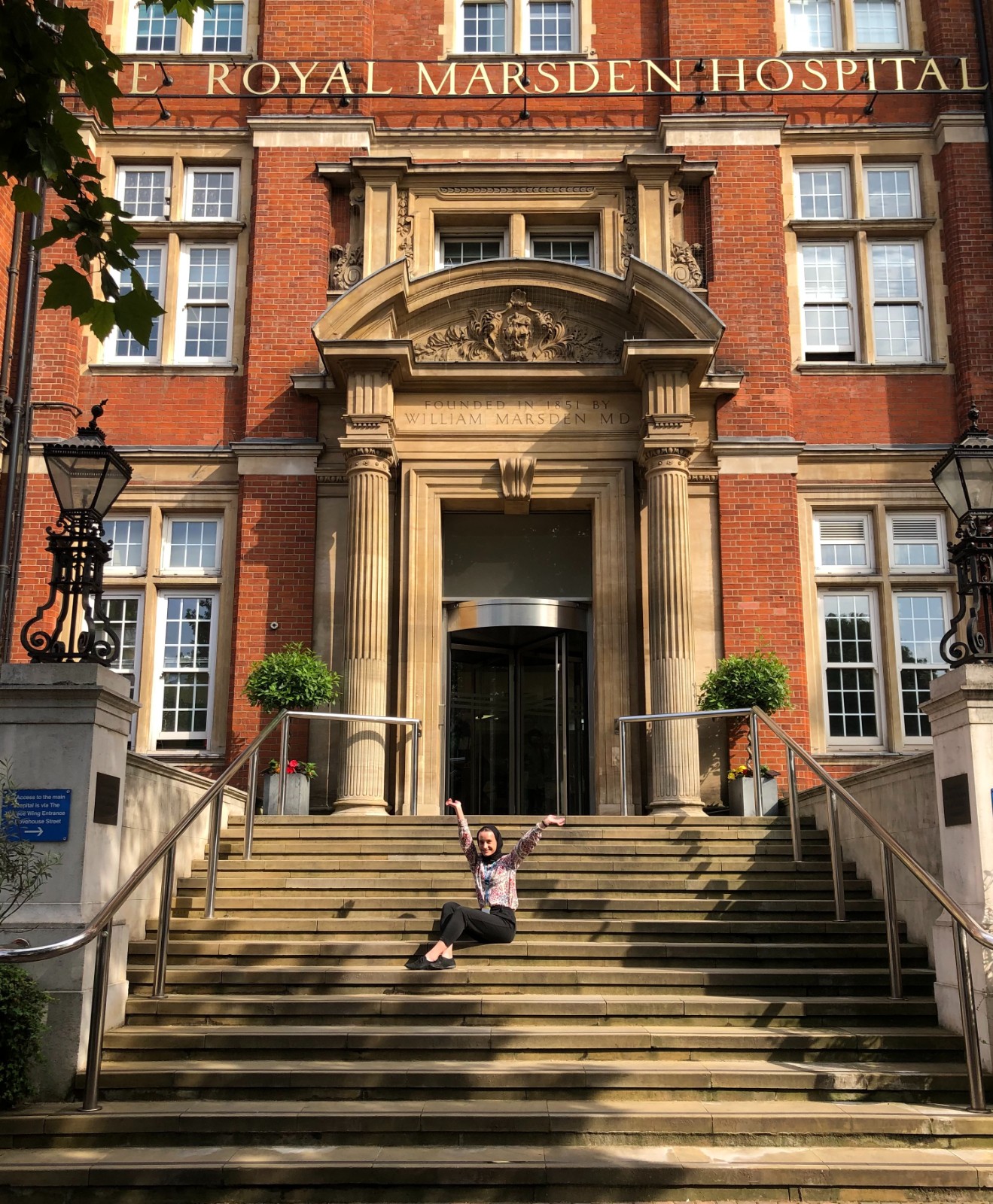 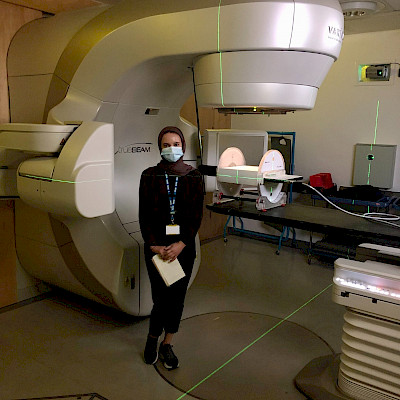 Madeline Tveite beside one of the linacs during QC (quality control) 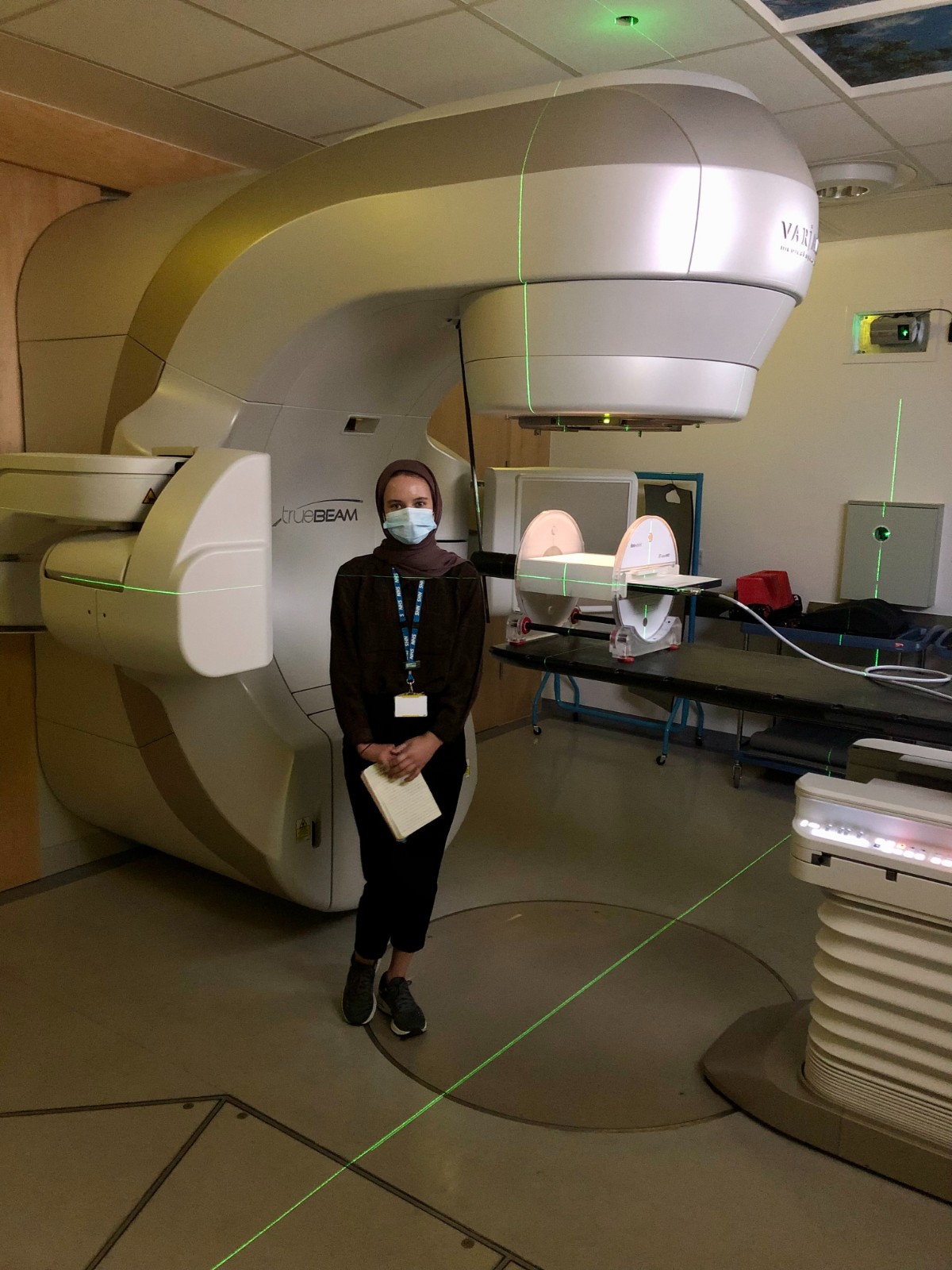 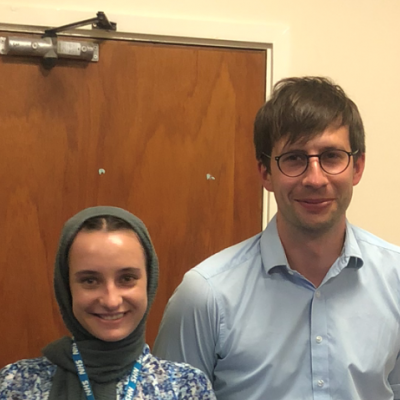 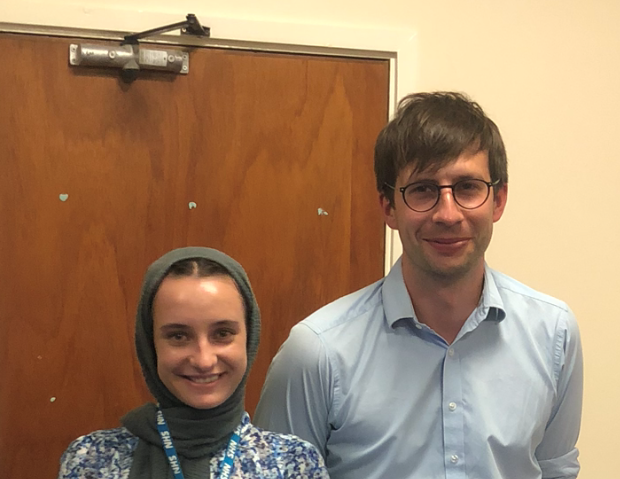