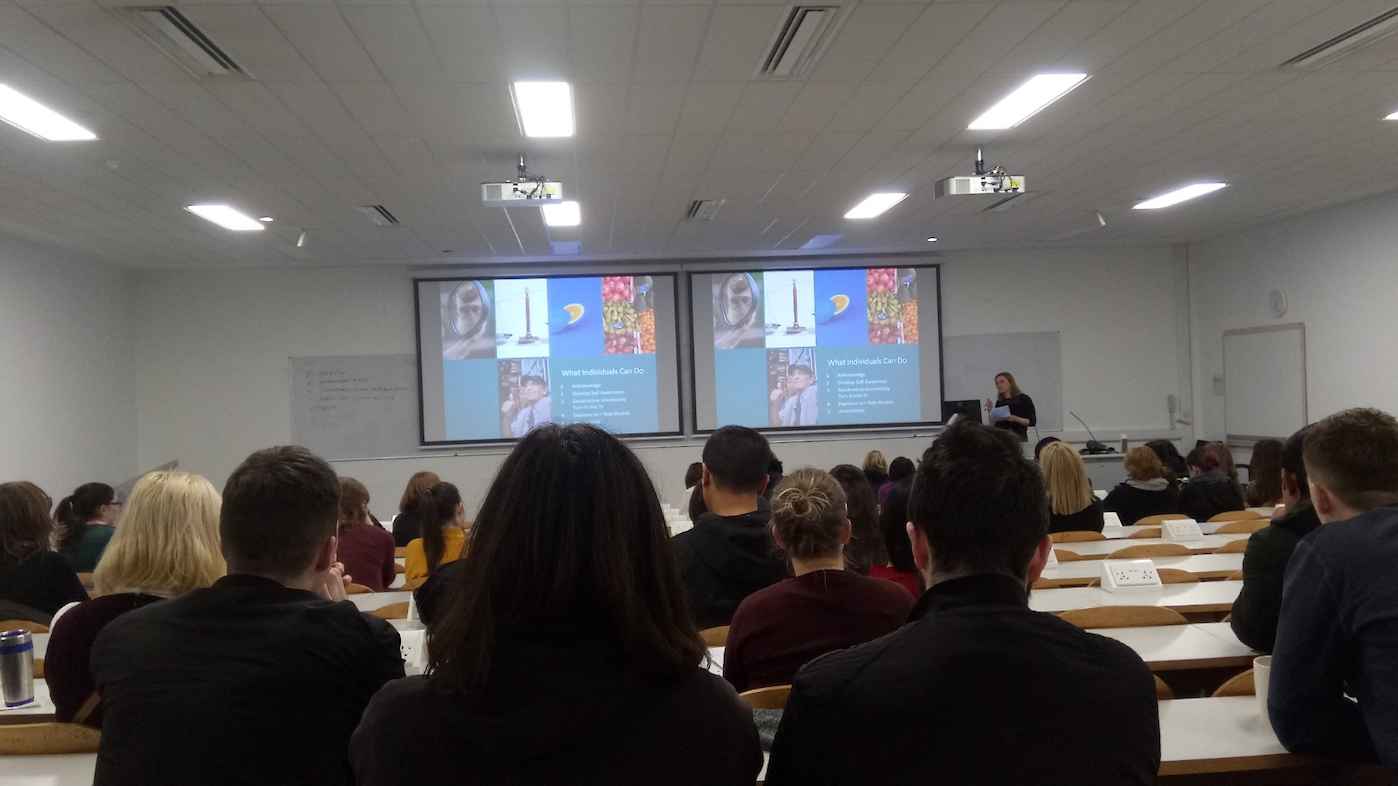 On the 30th of January 2019 WITS held its first event of 2019 in collaboration with UCD Women@CompSci. Mary Carroll, who was previously the chair of WITS, gave her talk titled ‘A Whistlestop Tour on Understanding Unconscious Bias’ in the UCD Computer Science Building, with attendees first meeting for coffee and biscuits before the event started. There was a great turn out with plenty of students in particular in attendance. Everyone was so engrossed in their networking that we had to be forcibly ushered to the neighbouring lecture hall for the talk to begin!

An interesting talk began with Mary Carroll giving the audience an introduction to what unconscious bias really is, before recommending a really interesting online test created by Harvard to help us identify our own unconscious biases (it’s the Implicit Association Test for anyone interested in discovering their own!).

During the presentation, Mary mentioned many fascinating real-life studies which really helped explain the types of bias she mentioned. One example was the Yale CV study which showed that recruiters had different standards for men and women, even when the CVs themselves were the exact same and just the person’s name was different. More doubt was raised on those CVs that had female names attached. This drew an interesting question from the audience on whether on why we have unconscious biases based on gender, with Mary explaining that this is not an innate bias, but is learned through experience and exposure to the world around us.

Another finding mentioned by Mary that really resonated with me personally was that qualities that were deemed to be likable in a male entrepreneur described to participants were deemed pushy or unlikable when the exact same entrepreneur was described as female. This gave us all a good insight into how harmful these in-built biases can be.

It wasn’t just gender bias that Mary talked about - she also mentioned bias based on class, race, religion, sexuality, disability (perhaps the highest level of bias) and even height - with CEOs being on average much taller than the general population! Other points that drew particular attention from the audience were discussions of the glass escalator and glass labyrinth as opposed to the commonly talked about glass ceiling, and also how our own internal biases can lead to a self-fulfilling prophecy where we don’t achieve our potential.

Mary Carroll finished her presentation with the very useful take-away of what we as individuals can do to challenge our own biases towards others, with perhaps the most important element of this being to acknowledge that we all have some bias. She also outlined what organisations can in tackling bias on a wider scale when hiring, including using IT tools in place of CVs, and reinforced the point that organisations with diverse teams outperform those without.

As the audience moved back next-door, pizza was brought out courtesy of UCD Women@CompSci, and attendees gathered in groups to discuss many of the points raised during the fantastic presentation. 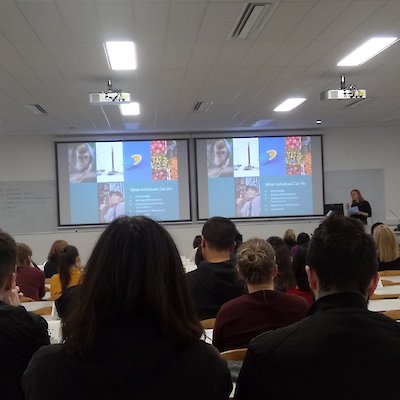 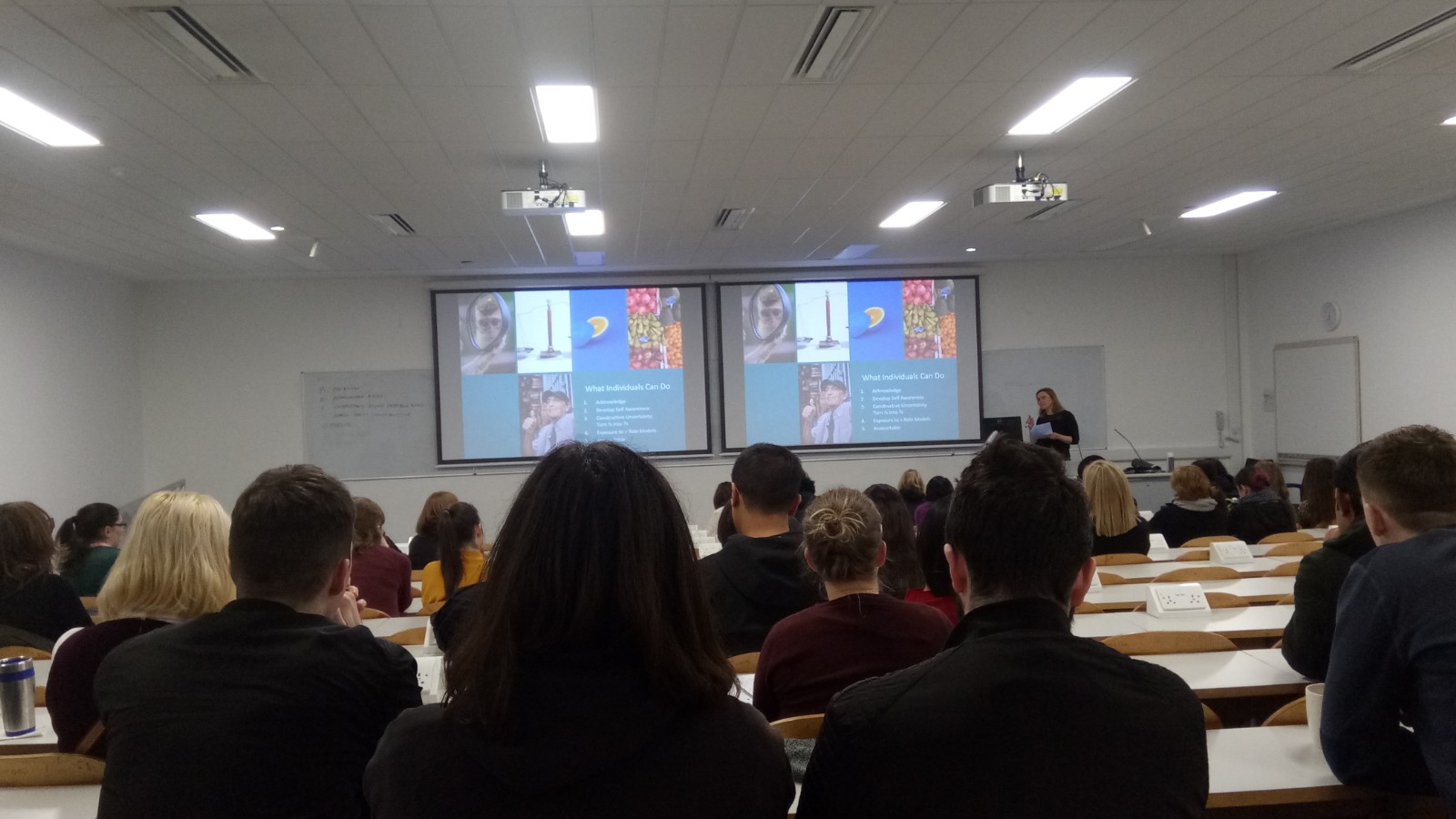 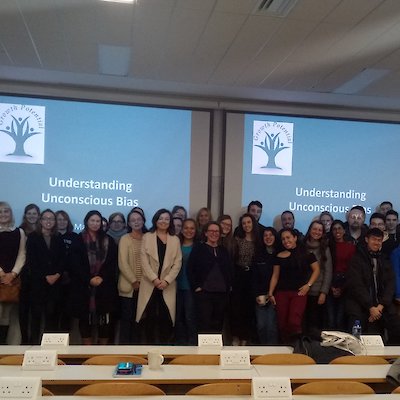 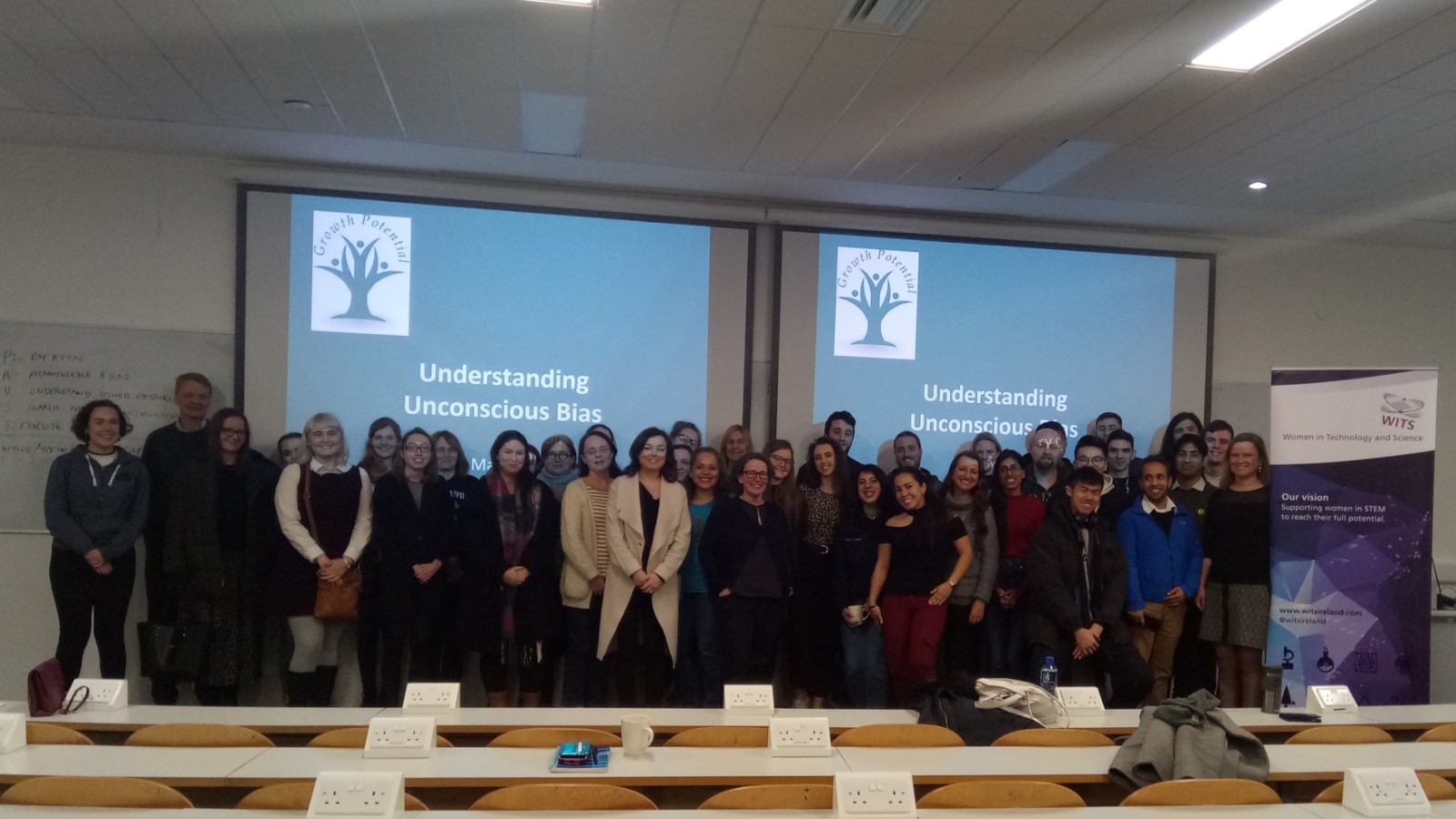