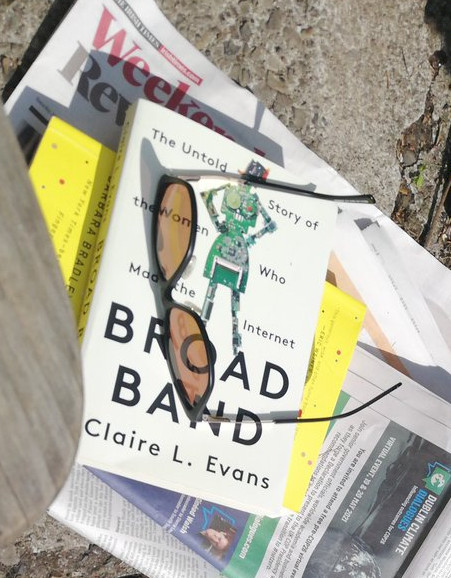 Feed your heart, and your head to enable your hand - the 3Hs framework is simple and effective because motivation precedes action. In keeping with our other efforts, WITS Reads aims to support women in STEM to reach their full potential. Members please email WITS to take part and to join the WITS Reads group on Goodreads.

We meet on Tuesday 12 October 2021 @ 8 pm. We're reading Life on the Edge: The Coming of Age of Quantum Biology by Johnjoe McFadden, Jim Al-Khalili. We hope you enjoy the book.

Why Participate in WITS Reads

Maybe you read for fun. Maybe you read something with ideas so compelling you like to hear what others think e.g. Thinking in Systems: a Primer by Donella Meadows (Author), Diana Wright (Editor).

Maybe you started a wonderful book but need a little encouragement to finish it. Misbehaving by Richard Thaler. Maybe you need a bigger push to read something that's been on your back-burner list too long............ Or maybe you wonder if its worth it. Headstrong: 52 Women Who Changed Science and the World.

We focus on women in technology and science, and lean a little towards Ireland's on-going contribution to knowledge development. That might mean biographies, such as, exploring the work of Irish scientist or it might mean related fiction, such as the classic sci-fi novels by Octavia E Butler. Either way you’ll participate in the choice. In the past in Cork and Dublin we've read along with STEMMinist Book Club led by Jane O'Hara and we'll continue to include their recommended reads in our choices.

We'll get together around once a month. The plan is to sit down face-to-face every second month in Dublin city center, and every alternative month via video conferencing. The suggested schedule is the first Tuesday in every month at 8pm.

What We'll Talk About

A flexible structure supported by a Goodreads group, which is free to join and use, will help us to get to know each other, and to hear the diversity of our voices. Like all good science and technology, we'll evolve how the group proceeds and apply what we learn. Join WITS Reads now by emailing info@witsireland.com and to learn more.

We discussed Privacy is Power by Carissa Véliz on Tuesday 10 August 2021. There were very varied views. Some members found it challenging, others found it polemic and somewhat biased. It certainly promptted a thoughtful discussion.

Members discussed "Kindred" by Octavia E Butler on 22 June 2021. The first science fiction written by a black woman, Kindred has become a cornerstone of black American literature. This combination of slave memoir, fantasy, and historical fiction is a novel of rich literary complexity. Having just celebrated her 26th birthday in 1976 California, Dana, an African-American woman, is suddenly and inexplicably wrenched through time into antebellum Maryland. After saving a drowning white boy there, she finds herself staring into the barrel of a shotgun and is transported back to the present just in time to save her life. During numerous such time-defying episodes with the same young man, she realizes the challenge she’s been given..."

Members discussed Broad Band: The Untold Story of the Women Who Made the Internet by Claire L. Evans on Tuesday 11 May 2021. There was a thoughtful discussion. All enjoyed the book for a variety of different reasons.

WITS Reads took place on Tuesday 9 March 2021. The book was "Whistleblower: My Journey to Silicon Valley and Fight for Justice at Uber" by Susan Fowler. It is an "unbelievable true story of the young woman who faced down one of the most valuable startups in Silicon Valley history–and what came after." This was a WITS event for members.

WITS Reads ran on Tuesday 26 January 2021 via Zoom. We read Bad Feminist by Roxane Gay. Thanks to all for an interesting and thoughtful discussion.

WITS Reads ran on Tuesday 15 December 2020 via Zoom. We read Americanah by Chimamanda Ngozi Adiche. Americanah is a 2013 novel by the Nigerian author for which she won the 2013 U.S. National Book Critics Circle Award for fiction. There was a lively discussion.

WITS Reads took place on Tuesday 20 October 2020 via Zoom. We discussed Women and Leadership by Julia Gillard & Ngozi Okonjo-Iweala. While the focus was on women leaders in politics there was much to make women in STEM think about leadership.

Women and Leadership presented a lively and readable analysis of the influence of gender on women’s access to positions of leadership, the perceptions of them as leaders, the trajectory of their leadership and the circumstances in which it comes to an end. There are interviews with Jacinda Ardern, Hillary Clinton, Ellen Johnson Sirleaf, Theresa May, Michelle Bachelet, Joyce Banda, Erna Solberg, and Christine Lagarde. 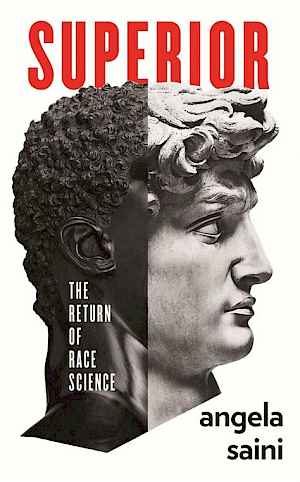 WITS Reads was on Tuesday 8 September 2020 via Zoom. We read Superior: The Return of Race Science by Angela Saini. This follows the successful Q&A session with the author on 20 July 2020.

Angela Saini is an award-winning science journalist, author and broadcaster, who holds Masters degrees in Engineering from The University of Oxford, and in Science and Security from King's College London. She is author of the books 'Geek Nation: How Indian science is taking over the world', 'Inferior: How science got women wrong' and 'Superior: The return of race science'. She presents radio and television programmes for the BBC, and her writing has appeared across the world, including in New Scientist, Prospect, The Sunday Times, Wired, and National Geographic.

The July book was Invisible Women: Data Bias in a World Designed for Men by Caroline Criado Perez. We discussed it via Zoom on Tuesday 28 July 2020 at 8 pm. Thanks again to WITS members, old and new, who joined in our WITS Reads discussion. It lively and interesting and good to hear the different views of the book. Thanks to Jane Morgan for managing and hosting the event.

For our July WITS reads book club event we had chosen the book ‘Invisible Women’ by Caroline Criado Perez. We have since learned that this book is deeply problematic in how it approaches gender. The book tackles gender in a binary context, and in doing so neglects the experience of trans and non-binary individuals.

To address this we have decided to keep our WITS reads event on Tuesday 28th July, but will discuss this book in the context of inclusion for our trans and non-binary peers, including the irony of discussing ‘invisible women’ while ignoring trans and non-binary people. We want to bring this to the attention of our members and have an important discussion on intersectionality, recognising cis privilege, and learning how we can better recognise transphobia.

Trans exclusionary feminism is not feminism. You cannot be transphobic and feminist. WITS stands for equality and aims to promote and support ALL women and non-binary individuals in STEM.

About Invisible Women: Data Bias in a World Designed for Men

Caroline Criado Perez brings together for the first time a range of case studies, stories and new research from across the world that illustrate the hidden ways in which women are forgotten, and the impact this has on their health and well-being.

For the June book club, Lab Coats and Lace was selected. Thanks to WITS members, old and new, who joined in our WITS Reads discussion on 23 June. It lively and interesting and good to hear the different views of the book and the women in it. Thanks to Jane Morgan for managing and hosting the event.

About Lab Coats and Lace

The Lab Coats and Lace ebook was launched on 4 January 2020 at Airfield Estate, Dundrum at a most enjoyable WITS event for Nollaig na mBan. Edited by WITS founder Mary Mulvihill, Lab Coats and Lace - the Lives and Legacies of Irish Inspiring Women Scientists and Pioneers was published in 2009, and now is available in Kindle version. You can get your ebook at £4.50 in Amazon. The paperback book is almost out of print.

Read about some of the Irish women featured here who over the last 150 years, have led the way, many of them in non-traditional careers and often fighting institutionalised discrimination, yet going on to achieve national and international recognition. 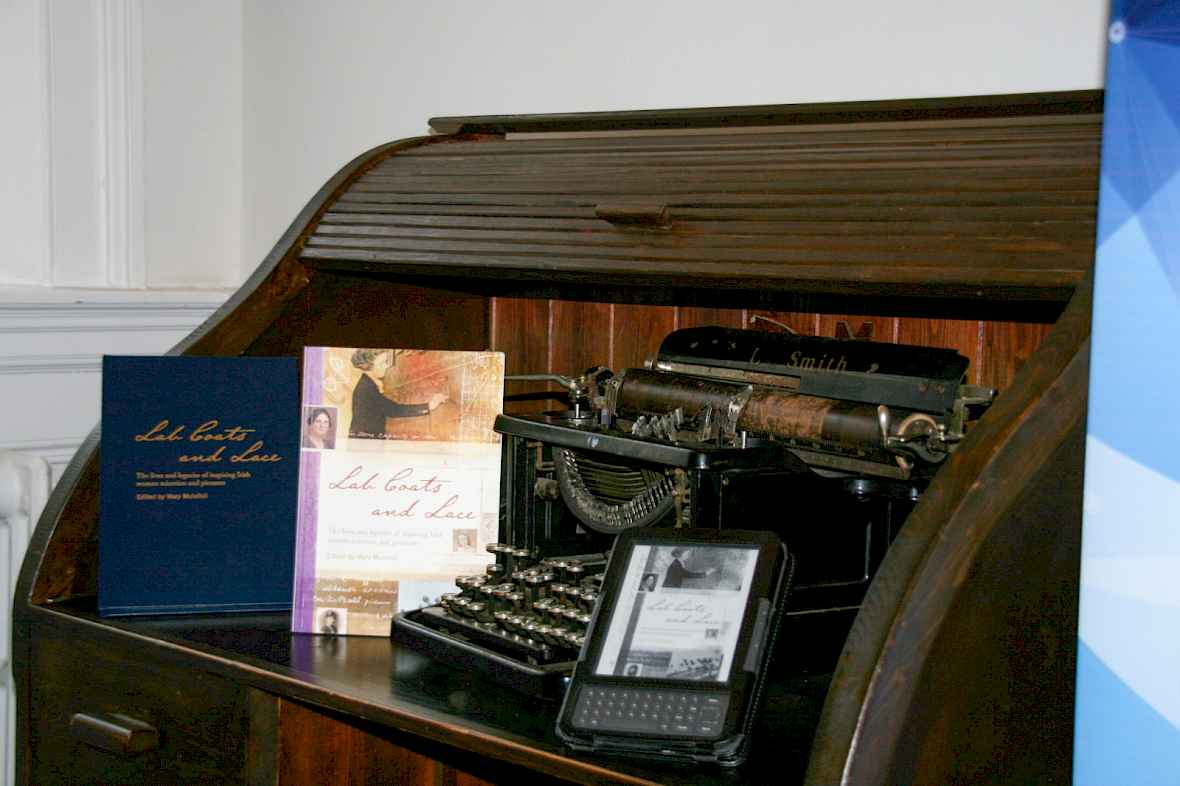